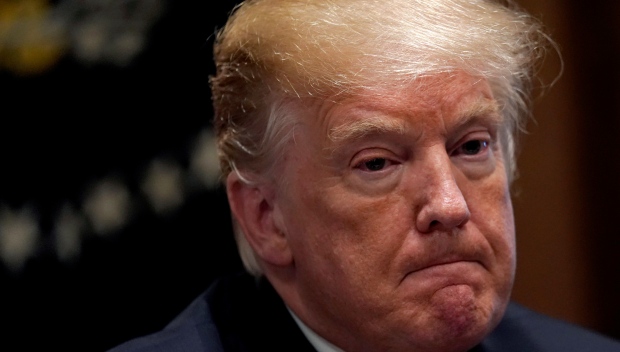 In a newly released recording from the day of a deadly Florida school shooting, the parents of a 17-year-old girl tell a 911 dispatcher their daughter is texting from a classroom where the door’s glass was shot out. Later, the student texts that police have arrived. After getting the rest of the message, the mother raises her voice, “Three shot in her room. Oh my God. Oh my God.”

As a gun-control bill sits on the governor’s desk, the Broward County Sheriff’s Office released 12 minutes of radio transmissions from its deputies and a neighbouring police agency highlighting the chaos during the Feb. 14 attack at Marjory Stoneman Douglas High School. That material also included 10 of the 81 recordings of frantic calls by students and parents to a 911 centre.

The excerpts showed a deputy on school grounds first thought the loud bangs were firecrackers, then realized they were gunshots — yet he never ran toward them. Other responding deputies and officers desperately tried to sort through a chaotic scene, treat the injured, lock down the school and locate the shooter.

Three weeks after the Parkland high school shooting, Florida Gov. Rick Scott has a gun-control bill on his desk that challenges the National Rifle Association but falls short of what the Republican and survivors of the massacre demanded.

‘I’m going to take my time’

Now he must decide whether to sign it. Scott has not said what he will do, and he plans to take up the issue Friday with relatives of 17 people slain in the attack.

In the shooting’s aftermath, Scott broke with the NRA. He had received top marks from the lobbying group in the past for supporting gun-rights measures, and his new stance reinvigorated the gun-control movement.

The governor, who is expected to seek a U.S. Senate seat later this year, has called for raising the minimum age to purchase any type of gun, but he does not support arming teachers. Instead, he wanted lawmakers to adopt his own $500-million US proposal to put at least one law enforcement officer in every school.

‘A display of bullying and coercion’

The NRA opposes raising age limits to buy weapons or imposing new waiting periods. In a statement Thursday, NRA and Unified Sportsmen of Florida lobbyist Marion Hammer called the bill “a display of bullying and coercion” that would violate Second Amendment rights and punish law-abiding citizens.

State lawmakers formally delivered the reform package Thursday. The governor has 15 days to sign it, veto it or let it become law without his signature.

The measure would raise the minimum age to buy rifles from 18 to 21 and extend a three-day waiting period for handgun purchases to include long guns. It also would create a so-called guardian program enabling school employees and many teachers to carry handguns if they go through law enforcement training and their school districts agree to participate.

Other provisions would create new mental health programs for schools and establish an anonymous tip line where students and others could report threats to schools. The bill would also ban bump stocks that allow guns to mimic fully automatic fire and seek to improve communication between schools, law enforcement and state agencies.

During a cabinet meeting Thursday, Trump said the White House was working on a plan to ban bump stocks and that efforts to enhance background checks were “moving along well” in Congress.

The Florida bill’s narrow passage reflected a mix of Republicans and Democrats in support and opposition. Survivors were split as well.

Andrew Pollack, whose daughter was among those killed, said more needed to be done, but there was enough good in the bill that it should pass.

“My precious daughter Meadow’s life was taken, and there’s nothing I can do to change that. But make no mistake: I’m a father, and I’m on a mission. I’m on a mission to make sure I’m the last dad to ever read a statement of this kind.” 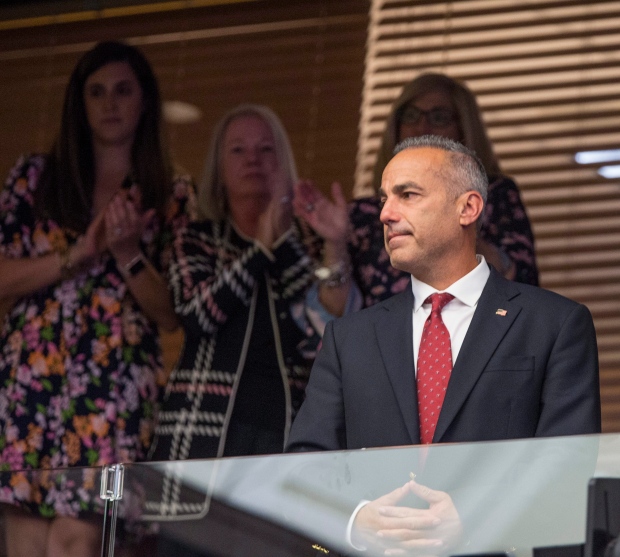 The suspect in the attack, Nikolas Cruz, a 19-year-old former Stoneman Douglas student, faces 17 counts of first-degree murder and 17 counts of attempted murder for the massacre.

Cruz’s public defender has said he will plead guilty if prosecutors take the death penalty off the table and sentence him to life in prison instead. Prosecutors have not announced a decision.