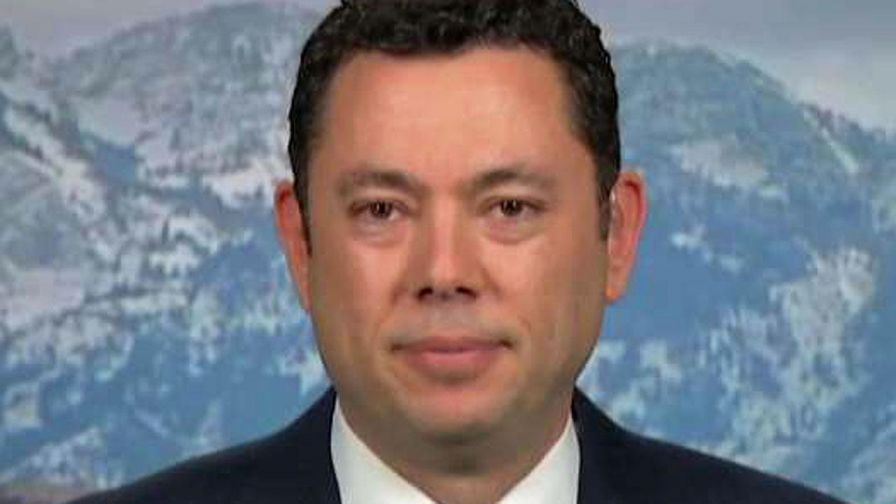 The race to replace former Rep. Jason Chaffetz in Congress comes to a close Tuesday as Utahans head to the polls.

Chaffetz resigned from his congressional seat at the end of June – and the district did not lack people willing to replace him. Before the deadline to file, 22 people made their bids official.

But on Tuesday Provo Mayor John Curtis, a Republican, will face off against physician Kathie Allen, a Democrat. Here’s a look at the candidates.

Kathie Allen, a Utah physician, contends that more medical professionals are needed in government to “critically examine symptoms, synthesize them and render an accurate diagnosis and treatment plan,” she said on her campaign website.

In a piece for the Daily Kos site, Allen, 64, wrote that she planned to run for Chaffetz’s seat in order to take on insurance companies and health care corporations “to insure that our patients are treated with dignity and fairness.”

She said she also wants to “bring back civil discourse.”

Allen worked as a congressional aide for former Rep. Shirley N. Pettis, R-Calif., for three years. As a physician, she now works for a privately run clinic for Utah’s transit workers and their families, according to her campaign website.

She is an ardent critic of President Trump and blames “extensive red-state gerrymandering around the country” for “directly [leading] to the Trump administration,” her campaign website states.

The issues she is focused on include: climate change, equal pay, education, election financing and LGBT rights.

Allen knows that a win for her in the heavily-Republican district can be a longshot.

“I don’t think there’s a single day I haven’t heard that,” Allen told the Salt Lake Tribune. “I just think it’s the right thing for me to do.”

Provo Mayor John Curtis, 57, announced his candidacy for Utah’s third congressional district at the end of May. He was able to get enough signatures to qualify for the Republican primary.

Curtis had previously announced that he would not seek a third term as mayor of Provo and wanted to leave politics altogether.

“Those of you who know me well know that I spent a long time trying to decide if this was the right thing to do,” Curtis said when he announced his candidacy at an event in Provo. “I had to know in my heart that this was the right thing for me, for my family and for the district. I’m here to tell you that I bring experience, engagement and effectiveness that nobody else can.”

As mayor, Curtis cut $5.5 million from the city’s budget within his first year. He also brought Google Fiber to Provo and is known to be transparent through the use of social media and his blog, Utah Valley 360 reported.

Should he be elected to take over Chaffetz’s seat, Curtis says he will focus on health care reform, tax reform, balancing the budget and national security, according to his campaign website. He is also an advocate for states’ rights and stronger borders.

In an opinion piece for Deseret News, Curtis said he wanted to clarify his stance on Trump.

“When Trump is moving an agenda forward that is in harmony with the needs and values of the 3rd District, I’ll be by his side fighting with all my might. When he’s not, I’ll be the first to call him on it and defend our Utah values,” Curtis wrote.

Curtis does not wholeheartedly agree on a border wall, explaining that a wall should not “be our only response to our nation’s immigration problems.”