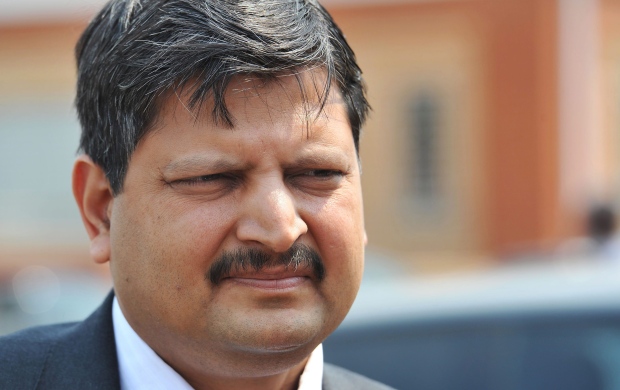 A Canadian Crown corporation is fighting an international legal battle in the U.K. and South Africa to reclaim a private jet it helped a wealthy South African-based family purchase.

Export Development Canada argued in a South African court Friday that the government in that country should ground the aircraft until a U.K. court can rule on whether a company controlled by South Africa’s Gupta family was in default of its loan payments on the plane.

The South Gauteng High Court in Johannesburg said Friday that it will deliver a verdict on the matter within seven to 10 days.

The bizarre case began back in April of 2015, when EDC agreed to extend to a company controlled by the Guptas a $41 million loan to finance the purchase of a Bombardier Global 6000 private jet.

EDC is a export credit agency that helps Canadian companies export goods through financing and insurance services. The Crown agency is self-funded: rather than lending out taxpayers’ money, it issues bonds in the marketplace to raise funds which it then lends out at commercial rates.

In this case, EDC agreed to support the purchase of a Canadian aircraft by financing 80 per cent of the purchase price of the plane.

In this photo taken in September 2010 Atul Gupta is seen outside magistrates courts in Johannesburg. The wealthy Gupta family has been criticized or allegedly improper links to president Jacob Zuma. The Gupta family denies that it is corrupt but does not directly address accusations that it tried to boost business by influencing some of Zuma’s choices for Cabinet posts, even allegedly offering the finance minister’s job to an official. (The Associated Press)

The first public indication that the financing deal was in trouble came late last year. It was in November that EDC sent several companies owned by the Guptas a notice saying they were in default on the financing arrangement.

EDC then told the Guptas it was cancelling the credit arrangement — and it wanted its plane back.

A spokesman for EDC said that lawyers for the Guptas then filed a claim in a British court to to have EDC’s decision to cancel the credit arrangement declared invalid. That case has not yet been heard.

In the meantime, the spokesman said EDC took legal action to get the South African courts to ground the plane, fearing it could be seized under proceeds-of-crime legislation or used by members of the Gupta family to evade justice.

The Guptas are a rich and powerful family in South Africa who immigrated to the country from India and have since become well-established players in the country’s mining, energy and railway industries.

Companies they control are currently embroiled in several corruption scandals tied to the government of former South African president Jacob Zuma. They are alleged to have interfered in the awarding of government contracts, mining rights and even federal cabinet appointments — charges the Guptas deny.

According to South African media reports, police raided Johannesburg properties belonging to the Guptas and their associates last month. Authorities declared one of the Gupta brothers, Ajay, a fugitive after he failed to answer a summons. His brothers‚ Atul and Rajesh‚ are also reportedly on the run.

According to Johannesburg’s Sunday Times newspaper, lawyers for the Gupta family argued in court that EDC unlawfully terminated its loan agreement with the Guptas. Because the deal was wrongfully cancelled, the Guptas should be able to keep the plane and fly it wherever they want, the lawyer said. 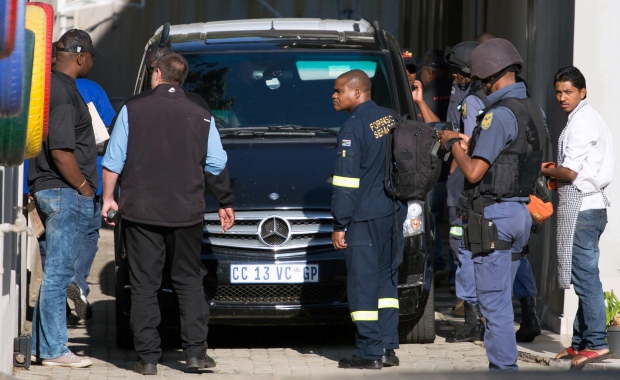 Complicating matters is the fact that on Feb. 4, the tracking device installed on the Bombardier jet was turned off, making it very difficult to trace the plane’s whereabouts.

Should EDC win its case and have the plane legally grounded, the agency would then continue its case in the U.K. over allegedly delinquent loan payments.

A spokesperson for EDC said that because of the ongoing investigations into the Guptas’ alleged role in government corruption, the U.K. case could be dropped by the Guptas before it ever gets to court.