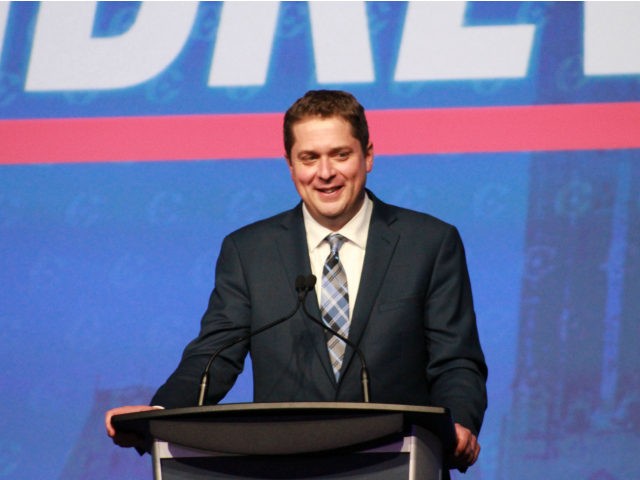 Toronto, CANADA – The Conservative Party of Canada have elected former Speaker of the House Andrew Scheer as their new party leader in a close leadership race that was determined by less than one per cent.

After months of campaigning by 13 different candidates, the Conservative Party of Canada has selected former youngest ever Speaker of the House Andrew Scheer as the leader of the Tories and the official opposition. Thousands gathered in Toronto to vote in a preferential ballot system that saw Scheer beat libertarian favourite Maxime Bernier.

The leadership conference began with a speech from interim leader Rona Ambrose who took over party leadership after the resignation of former Canadian Prime Minister Stephen Harper in 2015. 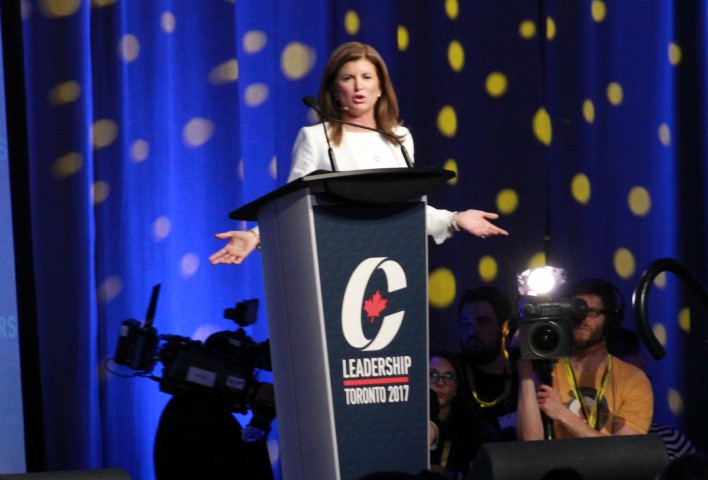 Ambrose talked about her various battles with Prime Minister Justin Trudeau in parliament and touted the party’s success in getting the Trudeau government to recognise the genocide against the Yazidi people by Islamic State.

The preferential ranked ballot system went through a total of 13 rounds before a victor could be declared. After the first round, libertarian Quebec MP Maxime Bernier held the lead. Breitbart London spoke to Mr. Bernier who said at the time he felt confident but “nervous” and said: “We don’t know what will happen.”

Breitbart London also spoke to supporters of candidate Kellie Leitch who had been referred to as the “Trump of Canada” by many media outlets in the country during her campaign for being tough on issues of immigration and migrant integration.

The supporters did not reveal a favourite amongst the top candidates but said they were confident Ms. Leitch would continue to raise the same issues she campaigned on in parliament.

After the preferential ballot counting eliminated all but the two top candidates, Andrew Scheer pulled ahead of Bernier by only half of a per cent. 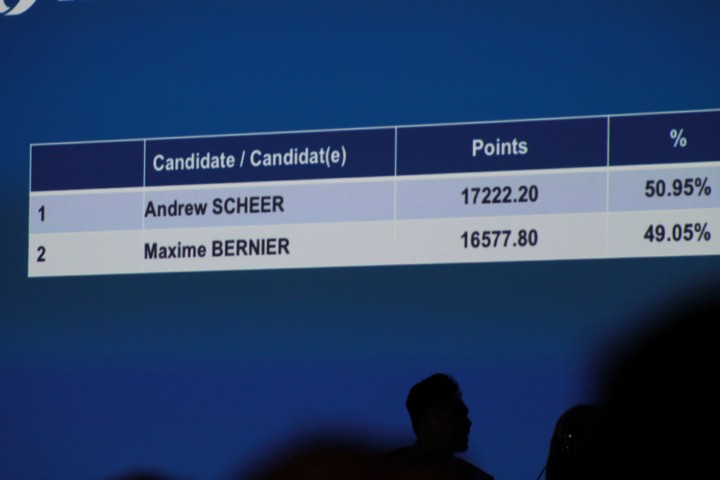 The results were announced to cheers from the thousands in attendance and Scheer himself took the stage. 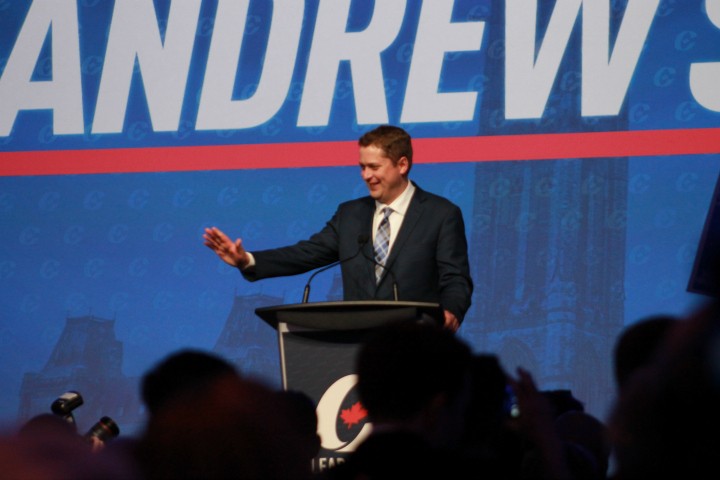 In his brief speech, Scheer, aged 38, making him younger than Trudeau and newly elected French President Emmanuel Macron, said he would get rid of the unpopular carbon tax enacted by the Liberal government and slammed Trudeau for being more focused on photo-ops than on the concerns of Canadian families. 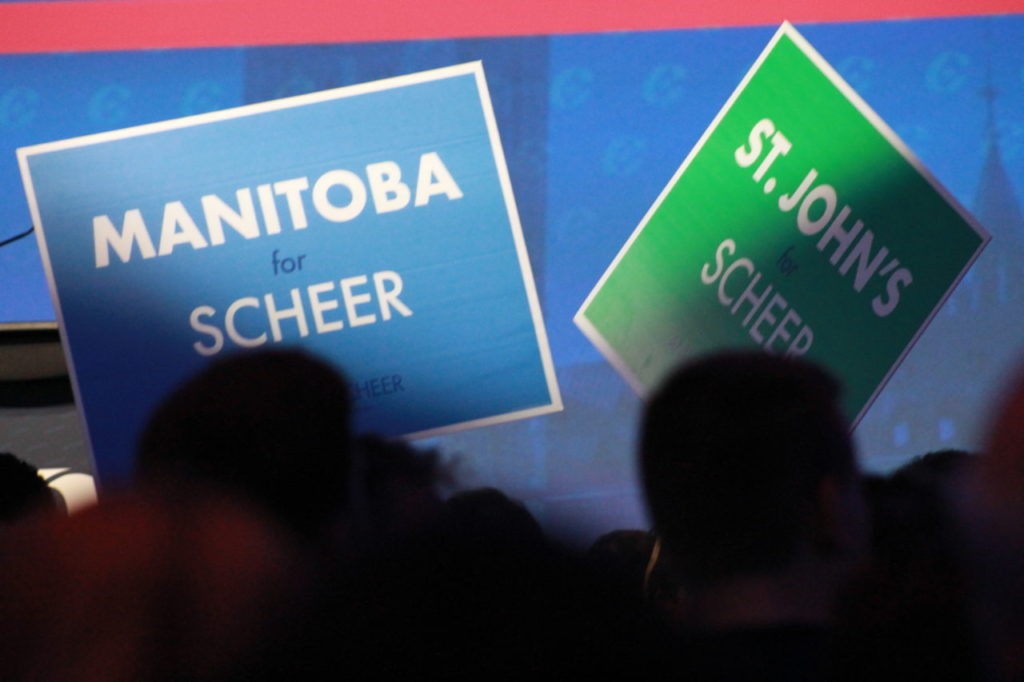 Scheer also said that as prime minister he would resume Canada’s involvement in fighting Islamic State in the Middle East. Shortly after becoming premier in 2015, Justin Trudeau ended Canada’s military participation in air strikes against the terror group. 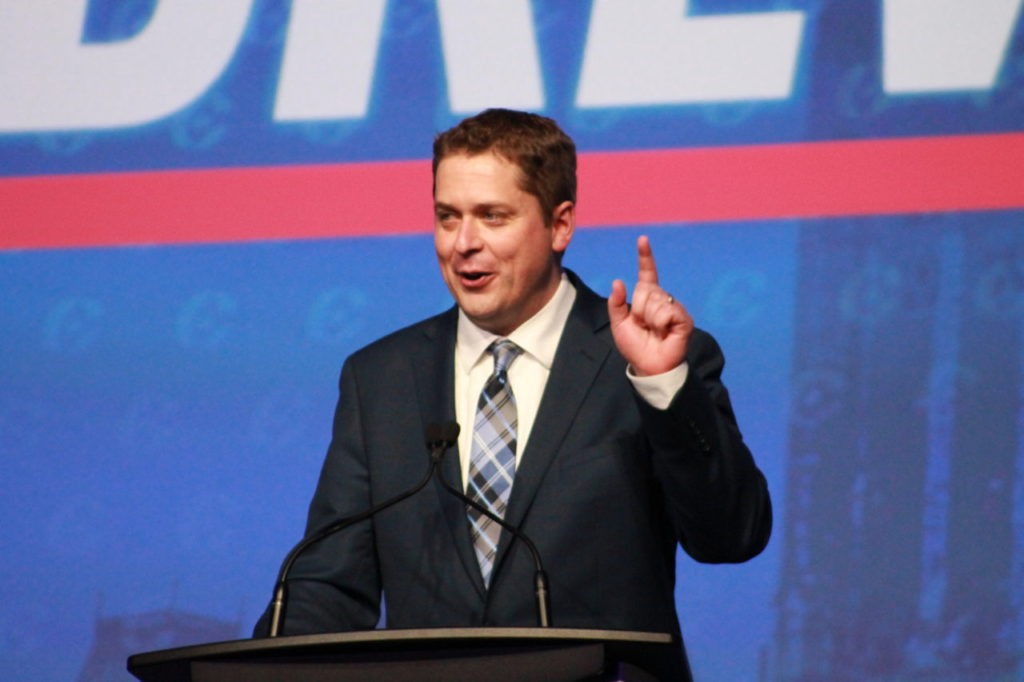 The new conservative leader also had no qualms in stating that he would combat “radical Islamic terrorism” in Canada and across the globe.