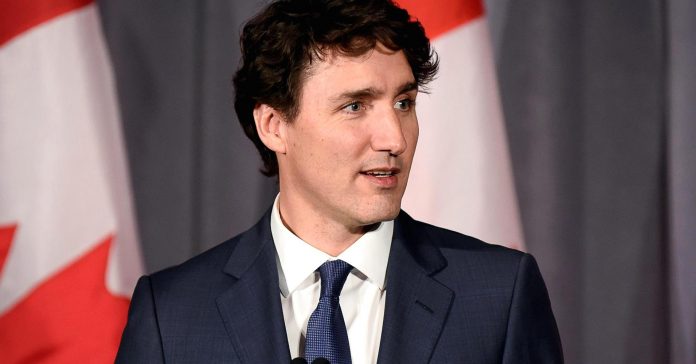 Canada’s exemption from President Donald Trump‘s tariffs have nothing to do with talks on the North American Free Trade Agreement, Canadian Prime Minister Justin Trudeau told CNBC on Monday.

“We don’t link together the tariffs and the negotiations for NAFTA, but we’re happy to continue to move forward on the negotiations,” he said in an interview on “Power Lunch.”

He also said the exemptions were not a “magical favor being done.” In fact, the impositions of tariffs on Canada would hurt the U.S. almost as much as Canada, he said.

“Millions of jobs on both sides of the border depend on continued smooth flow of trades.”

Trump exempted Canada and Mexico from the tariffs he signed last week. The moves slap a 25 percent levy on steel and 10 percent charge on aluminum. However, the exemption is not “open-ended” and will depend upon changes are made to NAFTA that satisfy Trump, an administration official told CNBC last week. The president has often threatened to pull out of the trade pact unless the countries reach a deal that better serves U.S. interests.

Another looming trade issue for Canada and the U.S. is China, which is accused of dumping steel into the U.S. by moving the product through other countries.

Trudeau said he’s willing to work with the U.S. on a stronger solution.

“We’ve put in very strong measures, some of the strongest in the world, against dumping, but as I said to the president and as I said to congressional leadership, I’m happy to work with the United States to go even further,” he said.

In an effort to quell concerns over potential tariffs, Trudeau has embarked on a tour of Canada’s steel and aluminum manufacturers. Canada is the biggest supplier of those metals to the U.S.

“We know well that with this president there are moments of unpredictability and I think it’s important to show that we are there to reassure the workers,” Trudeau told public broadcaster Radio Canada earlier Monday.

Other countries may also ultimately be excluded. When Trump signed the tariffs, he invited others to justify their case. On Monday, Trump opened the door to negotiations with the European Union, announcing that Commerce Secretary Wilbur Ross will speak to EU representatives.

On Friday, the president he was ready to work out an exception for Australia. Other nations, like Japan, South Korea and Brazil have also called for similar treatment.

—CNBC’s Jeff Cox and Reuters contributed to this report.