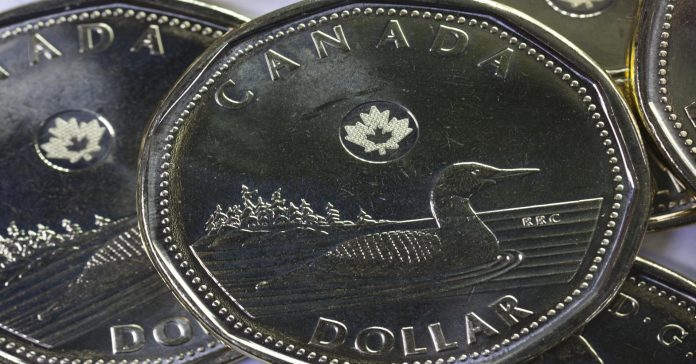 The loonie could be a loser, even without all of the potential volatility from North American trade issues.

“The Canadian dollar is the most exposed from a global macro level and also the local level of trade risk,” said Mark McCormick, North America head of currency strategy at TD Securities. “Outside the Fed, the Bank of Canada is the most aggressively priced bank in the G-10 this year.”

“The economy has seen all the pick up in growth it’s going to see over the last two years, and now everything is starting to move in the opposite direction,” McCormick said. “The Mexican peso is really cheap on longer term fair value models. The [Canadian dollar] is really expensive.”

Canadian Prime Minister Justin Trudeau told CNBC Monday that Canada does not view the tariffs and NAFTA as being linked, and Canada is happy to move on with negotiations.

Canada’s central bank held off hiking interest rates last week, but it is expected to raise them again next month. However, some strategists say the market may be overpricing the BoC, and the currency is riding the coattails of the Fed’s anticipated hiking cycle.

“The risk really for [Canadian dollar] is if you continue to price out more hikes from the Bank of Canada. They have a lot more concern about the uncertainty of the Canadian economy. They can use the NAFTA risk as cover,” said McCormick.

Canadian growth was 3 percent last year, but the strong pace slowed in the second half. In the fourth quarter, growth was 1.7 percent.

When announcing its rate decision last week, the central bank said global growth remains solid; U.S. tax cuts should boost growth this year and next, but “trade policy developments are an important and growing source of uncertainty for the global and Canadian outlooks.”

The probability of an April hike by the Bank of Canada is about 50 percent, with about 2.5 interest rate hikes priced in through the end of the year, according to Ben Randol, G-10 currency strategist at Bank of America Merrill Lynch. The Fed, meanwhile, expects to hike three times and the market is considering the potential of a fourth.

“We still see significant upside risks in USDCAD and more [Canadian dollar] underperformance versus G-10. We expect no material US-Canada monetary divergence assuming that the BoC keeps pace with the Fed over the next two years, as our Canada economist expects. This is very important. A BoC moving in lockstep with the Fed argues for range-bound USDCAD given that the interest rate differential remains the primary medium-term driver of the exchange rate,” noted Randol.

Randol said risks have sharply increased. “We think that further overshooting relative to our 1.27 Q2 forecast is justified. Of primary concern to us is uncertainty around the trade and investment climate leading to shortfall of capital flow into Canada, which runs a very large basic balance deficit,” Randol wrote in an email.

The loonie was at 1.28 Monday. Randol said a NAFTA failure would mean a double digit drop in the currency against the U.S. dollar, and McCormick said it could immediately see a level of 1.35/1.40.

Even without the trade considerations, Randol said the Bank of Canada could start to consider the weaker capital flows, and a currency adjustment, in its policy assessment and that could lead to less hiking than expected. That would mean weaker Canadian dollar against the greenback.

The U.S. dollar has risen 2 percent against the loonie year-to-date, but the U.S. currency has moved lower against the Mexican peso, after peaking against it in early 2017.

McCormick said Mexico has more at risk from the loss of NAFTA but its currency might weaken so much as to help stimulate exports and that could ultimately help it.