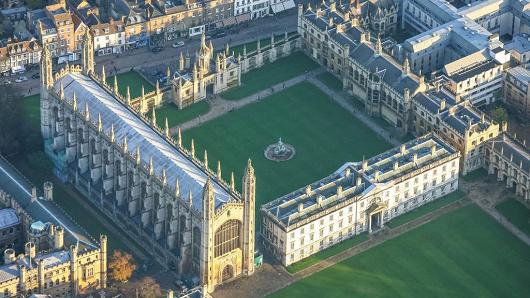 An aerial view of King’s College, University of Cambridge. Cambridge University Press is the publishing business of the university.

“I … think that CUP probably overreacted to some request from an official,” Smith added.

Some China watchers have linked the tightening in regulations to the upcoming 19th National Congress of the Communist Party in the fall as bureaucrats attempt to step up their game ahead of an anticipated leadership reshuffle. However, the new level of scrutiny is unlikely to subside after the event, experts said.

Although the pace at which new regulations are initiated could slow after the party congress, it was unlikely that rules would be reversed following the event’s conclusion, he added.

Even though Apple’s Cook was hopeful that engaging with the authorities would lead to fewer restrictions in the future, not everyone was equally optimistic.

“Censorship in China is a long-term vision and is not really a tap that get(s) turned on and off. It’s not like sites get unblocked after the congress finishes. They stay blocked. Which is part of [President Xi Jinping’s] grand plan,” said Smith.

Meanwhile, some experts have voiced fears that China’s censorship regime may even extend beyond its borders.