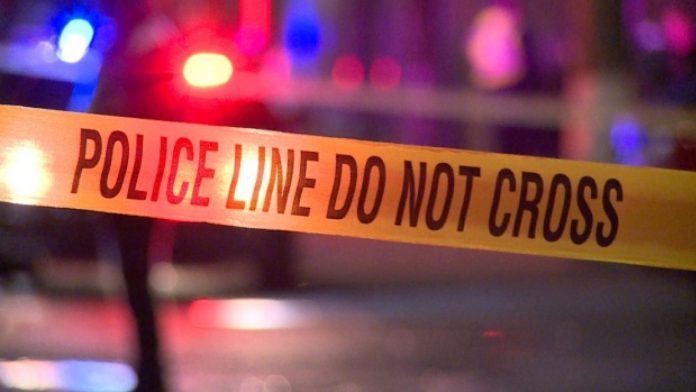 A gunman who shot two police officers, killing one of them, held a SWAT team at bay on Saturday as he barricaded himself inside an apartment and showed no signs of giving up more than 12 hours after the standoff began, authorities said.

Police in Southern California tried to stop the man around 9 p.m. PT on Friday after receiving a call about reckless driving, but he refused to pull over and led officers on a pursuit, Los Angeles sheriff’s Capt. Christopher Bergner said. The man crashed his vehicle during the chase and fled into an apartment complex.

The officers pursued the suspect and he barricaded himself inside an apartment, and shot two Pomona police officers, Bergner said.

The wounded officer was undergoing surgery Saturday and was expected to recover, he said.

“It is with a heavy heart that I must report that one officer did not survive. The second officer is in stable condition,” Pomona police Chief Michael Olivieri said in a tweet early Saturday.

It is with a heavy heart that I must report that one officer did not survive. The second officer is in stable condition.

The names of the officers were not immediately released.

A SWAT team surrounded the apartment complex and police used flash-bang grenades during the standoff, officials said. But the suspect remained holed up in the apartment Saturday morning and police said it wasn’t clear how many weapons he might have.

Outside the Los Angeles County coroner’s office, dozens of police cars lined the streets and officers saluted as the slain officer’s body was brought there in a procession Saturday morning.

Investigators believe the suspect is alone in the apartment but have not confirmed his identity, Bergner said. Crisis negotiators were speaking with the suspect throughout the night, he said.