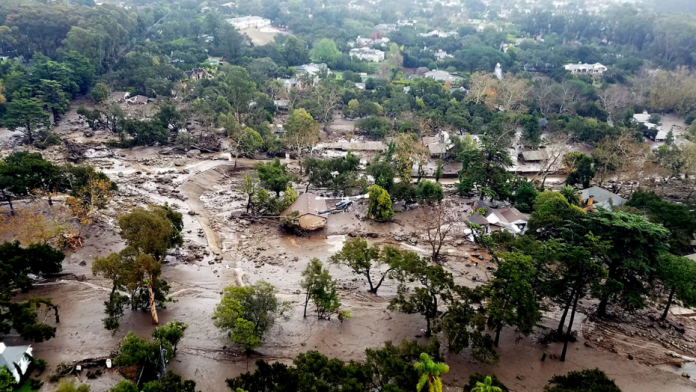 Many Californians in the area hit hardest by this week’s deadly mudslides did not heed warnings for hours and days by emergency officials encouraging them to evacuate their homes — and then received cellphone alerts of imminent slides when the massive streams of debris were already heading toward them or had already hit their neighborhoods.

Wireless emergency alerts are cellphone messages sent to everyone in a region, similar to the Amber alerts that are sent to cellphone users in specific areas when authorities are trying to find missing children.

The alert sent by Santa Barbara County officials to all those in mandatory and voluntary evacuation areas went out around 3:50 a.m. Tuesday, Rob Lewin, the county’s emergency management director said Thursday. It followed a cellphone alert sent by the National Weather Service, he said.

There has been no outpouring of complaints from people that wireless warnings should have been sent out earlier, and residents of affected areas spoke with The Associated Press said they knew they lived in evacuation areas but chose not to leave.

The first slides tore through Montecito about 3:30 a.m. and continued after the county cellphone alerts went out, destroying or damaging 400 homes and killing at least 17 people. The vast majority of those homes were in areas already designated by authorities as under mandatory or voluntary evacuation orders.

The warnings for residents to leave had been issued for days before the mudslides through social media, news media and community information emails about the potential for mudflows from the huge wildfire scar in hills above neighborhoods. Sheriff’s deputies also knocked on doors in the mandatory evacuation area to warn residents to leave.

Another emergency management official told the Los Angeles Times that county officials decided not to use the its push alert system to cellphones earlier for concern it might not be taken seriously.

“If you tell everyone to get out, everyone get out, the next time people won’t listen,” emergency manager Jeff Gater told the newspaper. “If you cry wolf, people stop listening.”

Jim and Alice Mitchell, who were both killed after their home was swept away when flash floods cascaded through their neighborhood had not left because their house was under a voluntary evacuation order, their daughter, Kelly Weimer said Wednesday. Nearly every home on their block was destroyed. Others were lifted and tossed from their foundation.

“They were in a voluntary evacuation area so they figured they were OK,” said Weimer. “They weren’t concerned. It’s not like anybody came around and told them to leave.”

Officials said that generally when mandatory evacuation orders are issued, there is an imminent threat to life or property. For areas with voluntary warnings, the threat still exists but it is in the near future.

Santa Barbara officials defended their decision not to issue a mandatory evacuation order for the area hit hardest by the storm.

“This isn’t an exact science in terms of actually defining where something is going to happen,” Santa Barbara Sheriff Bill Brown said.