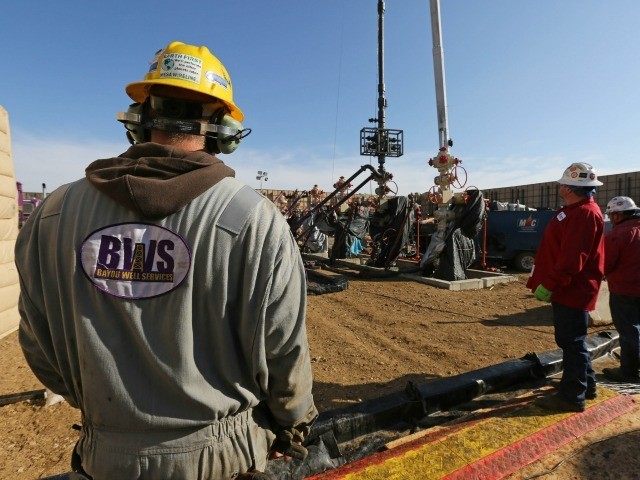 The California Division of Conservation has received a 543 percent increase in “Oil & Gas Notices” this year, as a Golden State fracking is set to lift the U.S. to a production record.

Although California has some of America’s best shale formations for hydraulic fracturing, the oil drilling technique requires 1 to 13 million gallons of water. Due to the five-year drought, California missed the initial boom, but the combination of record rainfall, record snowpack, and full reservoirs this year has positioned California to lead the next leg of the fracking boom.

The 2016 OPEC forecast predicted that lower prices would devastate the U.S. fracking boom by driving domestic production back to about 7.5 million barrels a day and keeping it there for the next five years, allowing OPEC to drive the price of oil back to about $90 a barrel.

To prevent the current $50-per-barrel price of oil from collapsing again, OPEC extended its 1.8 million barres-per day production cut for another nine months on May 25.

The U.S. Energy Information Agency’s May 9 forecast predicts that the United States will set an all-time annual production record of 9.96 million barrels a day in 2018. The agency’s report does not break out state-level oil and gas production growth. But with the spectacular growth in Oil & Gas Notices, California fracking is set to be a national leader.