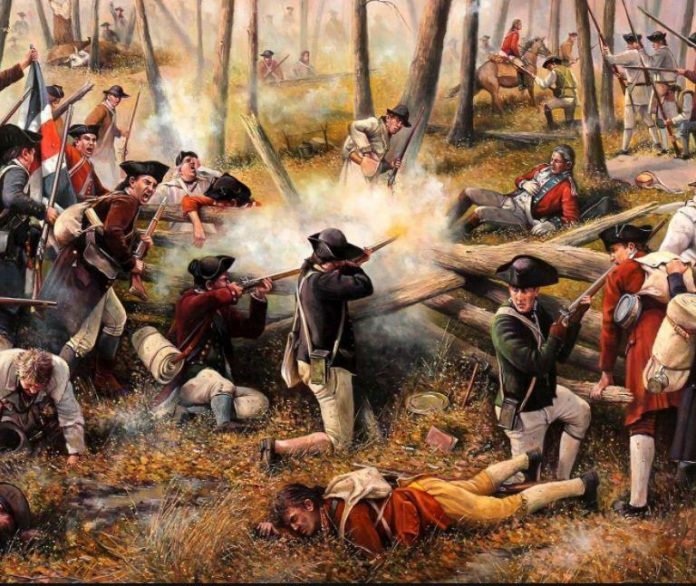 ATLANTA (AP) – A battlefield in the woods of northeast Georgia is being reclaimed so visitors can see the shallow graves of fallen soldiers and learn how the South played a key role in defeating the British and helping to win the American Revolution.

In a part of the country more known for its Civil War history, a nonprofit group that works to protect battlefields has acquired land at Kettle Creek Battlefield, an acquisition that will allow the public far more access to the park 100 miles (160 kilometers) east of Atlanta.

British commanders had embarked on a “southern strategy” with hopes of convincing rural southerners in Georgia, the Carolinas, and Virginia to join them, and attack Washington from the south, said Walker Chewning, president of the Kettle Creek Battlefield Association.

But a bloody defeat of the British and their loyalists during a 4-hour battle at Kettle Creek showed that it wasn’t working. The colonists in Georgia’s backcountry were not joining the British side as they’d expected, giving rise to a nickname for the region, Chewning said.

“It became known as the hornet’s nest,” he said.

“There was so much resistance to them that they never really were able to create the second army that they expected,” he said. “Basically, it showed that the southern strategy that they had planned on really was flawed.”

The public land at the site will triple in size now that large parts of the battlefield have been acquired by Campaign 1776, a national initiative of the nonprofit Civil War Trust, said Clint Schemmer, a spokesman for the trust. The park is about midway between the Georgia cities of Athens and Augusta.

The official announcement will be made Monday, nearly 239 years after the combat there on Valentine’s Day in 1779, Schemmer said. Former University of Georgia football coach Vince Dooley, who is a Civil War Trust board member, will be at the site to help make the announcement.

The British loss at Kettle Creek began when Patriot forces launched a surprise attack on British Col. John Boyd’s troops as they slaughtered a cow in their encampment. The Patriots wounded Boyd himself, which led to disarray among his forces, Chewning said. He basically bled to death on the battlefield, making headlines in newspapers around the world, from Philadelphia to London.

Several shallow graves of the soldiers who died in the battle have been found with help from ground-penetrating radar and specially trained dogs.

Watch the video of cadaver dogs indicating possible grave sites. If this technique proves successful it will likely change how archaeologists work on battlefields in the future.

Dozens of white crosses, placed by Chewning’s group, now mark those graves and are visible from a trail through the park. After the battle, many of the soldiers were buried where they were killed, so the white crosses provide markers of where the soldiers had lined up to face the Patriots.

“As you walk that trail, you can see how the battle occurred by where the graves are located,” Chewning said.

Though Boyd is believed to have been buried in the area, his gravesite remains a mystery, Chewning said.

The graves discovered so far are shallow, no more than 2 feet (0.6 meters) deep.

Since Boyd was the commander, “he was probably buried deeper than the regular soldiers,” Chewning said. And it’s possible that after Boyd was wounded, his men carried him a short distance into the part of the battlefield where the British had set up their camp, he said.

With the additional land, Chewning and others hope more people will visit the park and learn about the South’s role in the American Revolution.

“It is a place to be respectful of our history,” Chewning said.