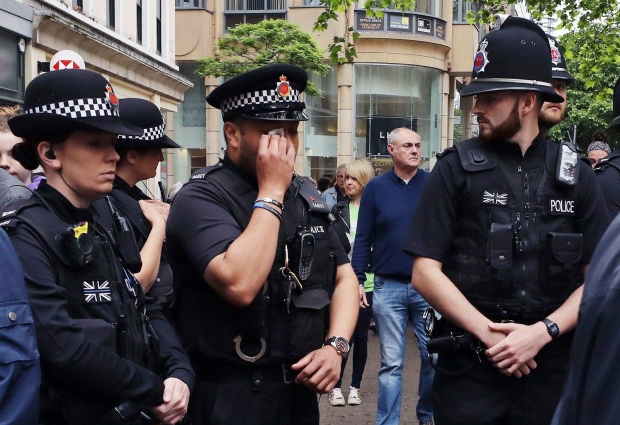 Britain’s intelligence agency, MI5, has begun an internal review of how it handled intelligence on Manchester suicide bomber Salman Abedi, who was known to the authorities but not under active investigation, a source told Reuters on Monday.

Interior Minister Amber Rudd said the review was the “right first step” for the intelligence agency to take in the wake of the May 22 bombing that left 22 people dead after a concert by American singer Ariana Grande.

MI5 is subject to scrutiny by a committee of Parliament, and it is highly unusual for British authorities to make public that the security service is conducting its own internal investigation into possible lapses.

“The review will look at what was known about Abedi, what decisions were made about the intelligence and what, if anything, could have been done differently,” the source said, speaking on condition of anonymity.

Even this police officer got emotional looking at flowers and tributes left in St Ann’s Square in Manchester, England, on Monday. (Owen Humphreys/PA via AP)

“This is a review that would seek to answer whether there are lessons to be learned from how the Security Service handled the intelligence on Abedi.”

The source told Reuters that Abedi was not among the 3,000 people currently under active investigation by MI5, although he was one of about 20,000 people known to the agency, which focuses on countering terrorism and espionage.

The BBC said MI5 was alerted at least three times to the ‘extremist views’ of Abedi, a 22-year-old who grew up in Manchester in a family of immigrants from Libya. It was not possible to confirm that report.

“This is an ongoing investigation so I’m not going to be drawn into comments on the actual man who committed this crime,” Rudd told BBC television, declining to say what was known about Abedi and when.

Also on Monday, British police arrested a 23-year-old man on the south coast of England, hundreds of kilometres south of Manchester.

Greater Manchester Police said the man was arrested in Shoreham-by-Sea on suspicion of terrorism offences, and an address there was being searched.

The arrest is the 16th since the attack, with 14 currently in custody.

The suspects have not been identified or charged. All are being held on suspicion of violating the Terrorism Act.

Police and security services have said very little about the network believed to be behind Abedi. His elder brother Ismail is among the suspects being held in Britain, and a younger brother and Abedi’s father have been detained in Libya.

Police are scouring 12,960 hours of closed-circuit TV recordings, and have collected more than 630 pieces of evidence and have searched 21 addresses. 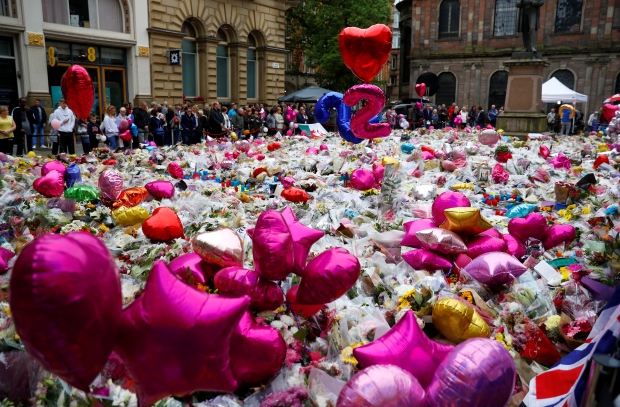 Authorities say Abedi returned to Britain from Libya on May 18, and likely completed assembling his bomb at a rented apartment in central Manchester.

Britain’s official terror threat level was set at critical in the days after the attack, but was downgraded Saturday to severe. The country remains on high alert, however, as officials caution that some suspects who helped Abedi may still be at large.

The alert is front and centre as Britons go to the polls on June 8 to elect a new government.