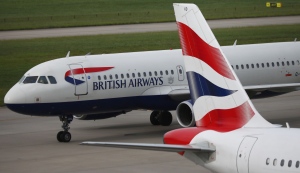 The catastrophic IT failure at British Airways that ruined travel plans for 75,000 people has raised questions about some older airlines’ focus on costs to the detriment of investment in new computer systems.

As British Airways resumed full service Tuesday, shares in its parent company, International Airlines Group, fell more than four per cent as investors appeared to worry that the company’s quality of service may have been undermined by recent efforts to save money. The stock later recovered somewhat to finish the day down 1.3 per cent.

Disaster struck on Saturday, when the company’s computer systems went down and there was no functioning back-up. The airline cancelled all flights and only managed to resume full service on Tuesday.

“Although cost cutting has been good for the share price in the last year, it will come back to bite IAG if it stops them from doing what they are supposed to do: Fly passengers to their destinations,” said Kathleen Brooks, the research director at City Index.

IAG has been battling tough competition, even as it has faced pressure on its earnings from a weaker pound following Britain’s decision to leave the European Union. The company issued a profit warning following the Brexit vote nearly a year ago.

Cost pressures aggravated an already complicated situation. Renewing IT systems is complex, time-consuming and expensive — a factor that prompts many companies to put it off as long as possible, said Loizos Heracleous, a professor of strategy at Warwick Business School.

The problem with IT systems is recurring across the industry, particularly among established airlines. In August, Delta Air lines cancelled hundreds of flights when a power outage likewise knocked out its computer systems worldwide.

Airlines face challenges with their IT systems also due to linkages across their systems. There’s further demand on the system when companies consolidate — as has been the case among airlines — since “IT issues get heightened and any vulnerabilities are exposed.”

Such troubles give an advantage to newer airlines such as Ryanair, a cost-cutting BA rival that focuses on short haul budget flights.

“The ability to set up an airline from scratch by-passes a lot of the legacy issues, because you can go for state-of-the-art systems,” Heracleous said. “Newer airlines can also invest in IT systems that are more easily upgradeable and scaleable. An airline such as Ryanair, that is also financially successful, has more leeway to divert needed resources towards upgrading its IT systems.”

Capitalizing on BA’s troubles, Ryanair said it had seen “strong bookings” over the weekend. Its Twitter account rubbed salt into the wound with tweets that poked fun and added the hashtag “ShouldHaveFlownRyanair.”

The company’s chief marketing officer, Kenny Jacobs, admitted on the BBC “we had a bit of fun on social media.”

“We don’t take social media seriously but we do take IT very seriously and that is why we’ve never had an outage,” he told the BBC.

Ryanair posted a six per cent increase in annual profits Tuesday to 1.3 billion euros ($1.5 billion Cdn) despite “difficult trading conditions,” caused by terror attacks in European cities and a sharp decline in the British pound.

BA, meanwhile, is counting up the cost of an IT debacle that some have estimated could run into the tens of millions. There are also all those news clips of passengers swearing they will never fly the airline again.