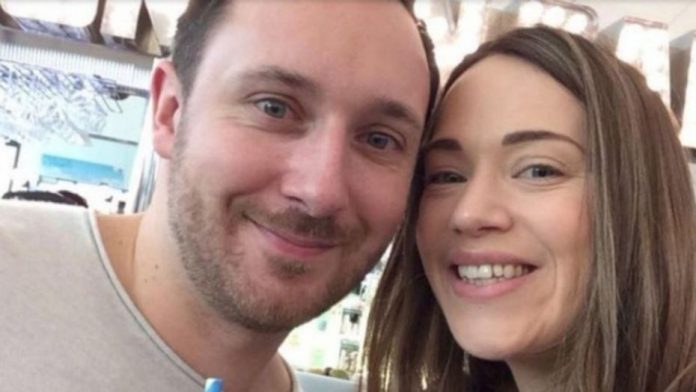 Ellie Udall, right, died Sunday after failing to wake up after a helicopter crash in the Grand Canyon earlier this month, Her husband, Jonathan, died on Thursday.

A fifth person who was injured in a helicopter crash in the Grand Canyon earlier this month has died.

The two were in the United States for their honeymoon, according to The Guardian.

“It is with great sadness that we have to announce the death of our daughter Eleanor Udall (nee Milward) as a result of the injuries she sustained in the Grand Canyon helicopter crash on 10 February, 2018,” Udall’s family said in a statement. 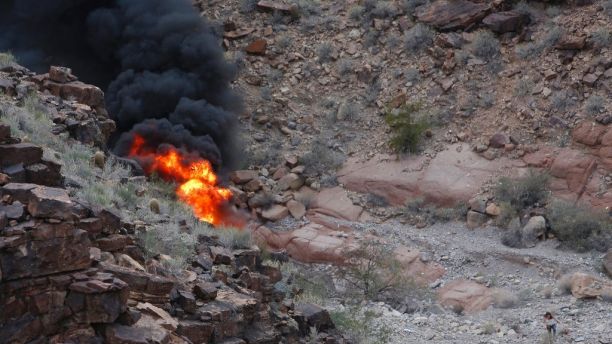 In this Saturday, Feb. 10, 2018, photo, a survivor, lower right, walks away from the scene of a deadly tour helicopter crash along the jagged rocks of the Grand Canyon, in Arizona.

Udall, 29, died at the University Medical Center of Southern Nevada in Las Vegas, in the Lions Wound and Burn Care Center, according to her family.

The Udalls were traveling with a group of fellow Britons when the sightseeing helicopter they were flying in crashed in the Grand Canyon. Three of their friends — Becky Dobson, 27, her boyfriend Stuart Hill, 30, and his brother, Jason Hill, 32 — died. 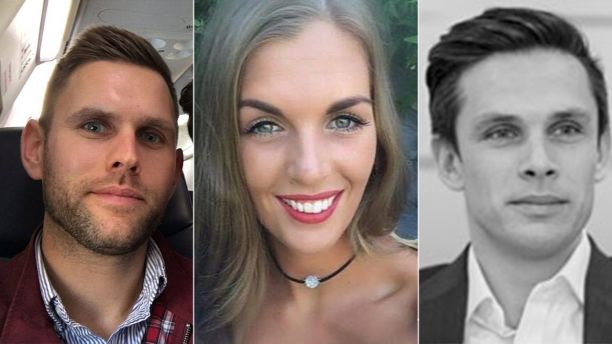 From left to right: Stuart Hill, Becky Dobson, and Jason Hill, died during a helicopter tour crash in the Grand Canyon earlier this month.

Four people, including the pilot, were hospitalized after the crash. The other survivors are the 42-year-old pilot Scott Booth, and Jennifer Barham, 39.

The group had been celebrating Stuart Hill’s 30th birthday, in addition to the Udalls’ honeymoon, and opted to take a Grand Canyon sightseeing helicopter tour on tribal land.

The Nevada-based tour company involved in the deadly crash promised full cooperation with crash investigators and offered its sympathy.

“It is with extreme sadness we extend our heartfelt sympathy to the families involved in this accident,” Papillon Group CEO Brenda Halvorson said in a statement. “Our top priority is the care and needs of our passengers and our staff.”

Unlike the more tightly regulated air tours within Grand Canyon National Park, helicopters quickly deposit tourists on the Hualapai reservation and within the canyon for lunches, hikes or pontoon boat rides. Just as quickly, they whisk them away. In the peak season, the reservation has 350 to 400 flights per day, the Federal Aviation Administration said.

The Airbus EC130 B4 crashed just before sunset. Guests attending a wedding and people on the canyon’s rim saw smoke billowing from the canyon and the aircraft in flames.

A preliminary report released Wednesday said the helicopter made at least two 360-degree turns before crashing. But the National Transportation Safety Board (NTSB) hasn’t said what caused the crash. A full NTSB report won’t be completed for more than a year.