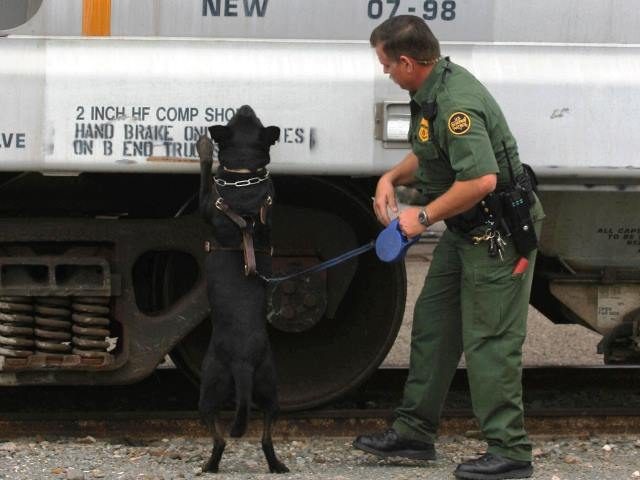 Agents assigned to the Kingsville Station in south Texas apprehended a Mexican national with a long criminal history that includes sexual assault with scissors. Courts also convicted the criminal alien on charges of robbery with scissors and other felonies. The man attempted to hide from agents conducting train inspections at the Sarita Checkpoint, according to information provided to Breitbart Texas by Supervisory Supervisory Border Patrol Agent Marlene Castro.

According to the U.S. Customs and Border Protection website, the mission of agents at the Kingsville Station, going back to the 1940s, has included performing freight train check operations and checkpoint operations on U.S. Highway 77.  Kingsville, Texas is in Kleberg County which borders the Gulf of Mexico and is near the 825,000 acre King Ranch, the largest in Texas.

Agents assigned to the Rio Grande City Station arrested a Salvadoran national near La Grulla, Texas a few hours after the Mexican national was arrested. La Grulla is a city in Starr County located on the Texas-Mexico Border. When the agents conducted a criminal background check, they discovered the illegal alien has a history including a conviction in 2012 for possession of obscene matter/minor in a sex act.

Breitbart Texas reported in early April that Border Patrol officials in the Rio Grande Valley Sector disclosed their agents arrested more than 100 previously deported sex offenders between the Fiscal Year 2017 which began on October 1, 2016, and April 1. In all, Rio Grande Valley Sector agents arrested 1,100 criminal aliens since the beginning of Fiscal Year 2017. These arrests were made by agents assigned to the McAllen and Falfurrias Stations. Nearly 10 percent of those arrested were violent sex offenders.

Criminal aliens pose a danger to women and children because of the possibility they might re-offend.