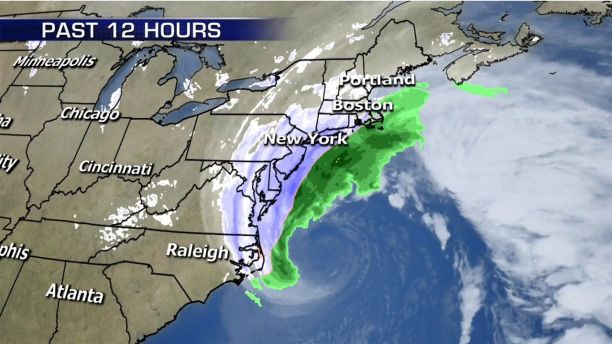 A rapidly-intensifying winter storm system known as a “bomb cyclone” targeted the Northeast on Thursday with snow, ice, and bone-chilling winds that canceled thousands of flights and left schools shuttered across the region.

The National Weather Service issued blizzard warnings for parts of Delaware, Virginia, Maryland, coastal New Jersey, Long Island, N.Y. and coastal eastern New England. Most of those areas could see at least a foot of snow, while nearly two feet of snow was projected in locales further north.

“Snowfall will increase northward into portions of the Mid-Atlantic and New England through Thursday. Blizzard conditions are possible close to the coast in portions of the Mid-Atlantic and Northeast,” the NWS said in its advisory. “Confidence in heavy snowfall has increased for parts of the Northeast as the surface low is expected to track closer to the coast and intensify rapidly.”

The storm moved out of the Southeast after bringing rare cold and snow to the region. Floridians in Tallahassee saw snow for the first time in nearly 30 years, while Charleston, S.C. saw at least five inches of snow and ice. Savannah, Ga. also received about 1.2 inches of snow.

‘BOMB CYCLONE’ WINTER STORM TO HIT US EAST COAST: WHAT IS IT?

Radar showing the location of the “bomb cyclone” winter storm targeting the Northeast.

The storm has resulted in thousands of canceled flights at major airports such as Boston’s Logan International Airport and New York’s LaGuardia Airport and has disrupted the schedules at regional airports. Amtrak planned to operate a modified schedule between New York and Boston on Thursday. Northeast Regional Service between Washington, D.C., and Newport News/Norfolk, Virginia, was canceled for Thursday.

State and local officials urged residents to prepare for possible power losses and stay home so crews can clear streets and roads of what could be as much as foot or more of snow in some places. There were concerns in Boston and elsewhere that if roads aren’t properly cleared, they could freeze into cement-like icy messes by Friday, given the expected low temperatures. In other areas, plummeting temperatures already have caused water mains to burst.

Boston Mayor Marty Walsh said the city is taking steps to keep people safe during the storm, including closing city schools and implementing a parking ban that goes into effect Thursday at 7 a.m., Boston 25 News reported.

“As your governor, I am asking you, I am imploring you to stay home tomorrow. Let us do our work,” Rhode Island Gov. Gina Raimondo said Wednesday. The state’s electric utility, National Grid, predicted power could be knocked out to an estimated 50,000 customers with the expected high winds that could gust up to 70 mph.

The New York City Sanitation Department dispatched 2,400 workers ahead of the storm to get the streets ready, FOX5 New York reported.

“As the weather meteorologists have started to talk about, this is a bombogenesis, which means that we are going to have exceptionally strong winds,”  Commissioner Kathyrn Garcia said. “So anything that is falling in these cold temperatures is likely to blow around and drift.” 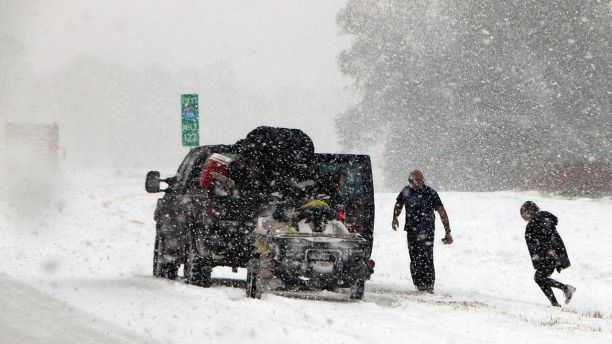 Residents across the Northeast were also taking the proper precautions as the storm approached.

Shoppers in Connecticut spent Wednesday clearing the food off store shelves as they got ready for the frigid onslaught.

“It’s a mad house,” Oakley Porter of Norwich told FOX61. “It’s chaos the lines are all backed up it takes a while to get out.”

Tressa Shifflett, of Virginia Beach, Va., told the Associated Press that she planned to spend most of her time Thursday playing Monopoly, Go Fish and Pokemon with her 11- and 13-year-old children. 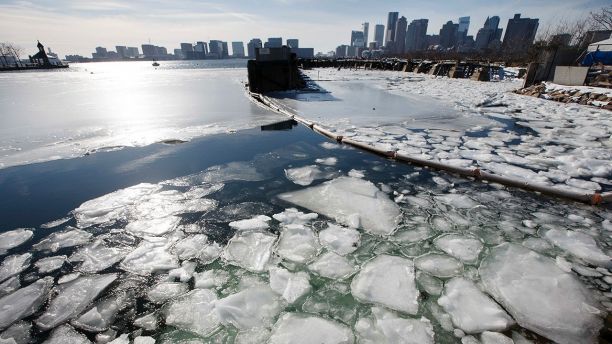 “We basically just plan on hunkering down,” she said

Doug Nashold, a retired Navy veteran of Norfolk, Va., said he was already dealing with a pipe burst.

“I thought I was prepared, but it got colder a lot quicker than I thought it would,” he said.

The blast of winter weather and plunging temperatures that has gripped much of the U.S. in recent days already has taken a human toll.

The number of deaths linked to the relentless cold had risen to at least 17 on Wednesday. Two homeless men were found dead in Houston, where police said the deaths were believed to be the result of “exposure to frigid weather.” Deaths also were reported in Mississippi, Michigan and other states.