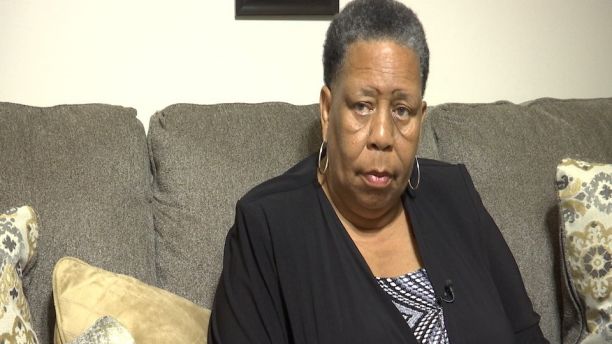 Over half a century ago, all eyes were on Selma, Ala., as police brutally beat peaceful protesters who were attempting to march across the Edmund Pettus Bridge on their way to the state capitol in Montgomery.

Among the nearly 600 protesters in 1965 was 11-year-old Jo Ann Bland. She was playing outside Brown Chapel A.M.E. Church just before people began lining up for the march. Bland said as the group marched over the bridge, a line of policemen refused to let them pass.

“I thought the tear gas canisters were gunshots,” Bland told Fox News at her home in Selma. “I thought they were killing the people down front because that’s what we heard.”

Jo Ann Bland was 11 years old when she witnessed police beating peaceful protesters during ‘Bloody Sunday’ in Selma, Ala., on March 7, 1965.

More than 50 protesters were injured.

“There was nowhere to go except to try to dodge the billy clubs [and] the horses,” Bland added. “They were running the horses into the crowd, people were being trampled. It was awful, it seemed like it lasted forever.”

Bland says she had never experienced violence until that day on March 7, 1965. She often shares her story with visitors to the region by personally coordinating tours. Every year she joins hundreds of people for the annual re-enactment march across the bridge, a national historic site.

Leading the group in 1965 was John Lewis — an organizer at the time, before he was a congressman.

“We still have a distance to travel,” Lewis, D-Ga., said as he finished walking along the bridge. “It’s always a great feeling to be back here. For this is where people stood, where they were beaten [and] where they never gave up [or] never gave in. They kept the faith, they kept their eyes on the prize and with their blood they wrote a voting rights act.”

Lewis was one of the injured protesters on that day. Congress would go on to approve the Voting Rights Act months later. 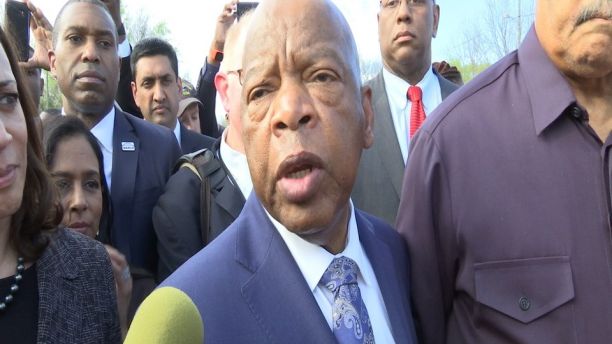 Rep. John Lewis speaking with reporters shortly after marching across the Edmund Pettus Bridge in Selma on Sunday.

Many of those who lived through the tumultuous 1960s say it’s important for the younger generation to learn from past mistakes in history.

“This particular history is too important to the fabric of this nation to be forgotten,” Bland said. “If our future generations don’t know where we’ve been as a nation, we are destined to repeat the same things. So, you have to take this history and use it as a foundation.”

Adanze Eke, 17, is one of hundreds of people who traveled to Selma to take part in the annual march. She admits her generation may do things differently than those in the past but notes how important it is to see things firsthand.

“I think young people are doing a decent job right now,” Eke said.  “But they’re doing it [from] their phones. I think what we need to do is come out here and see it for ourselves.”

The Selma Bridge Crossing Jubilee takes place the first week in March and attracts thousands of visitors to the city each year.

Willie James Inman is a Fox News multimedia reporter based in Jackson, Mississippi. Follow him on twitter: @WillieJames