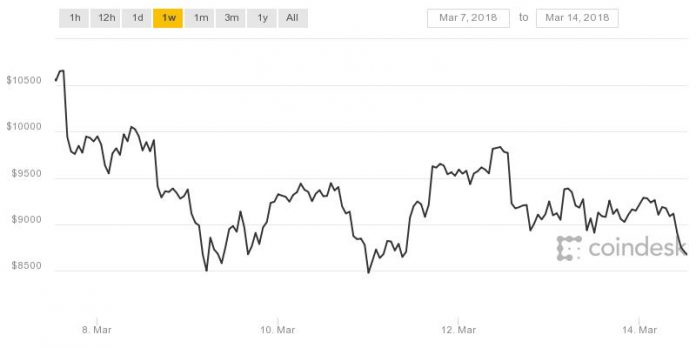 Tech giant Google announced an update Wednesday to its financial services policy that will restrict advertising for “cryptocurrencies and related content” starting in June.

Bitcoin fell 12 percent in late January after Facebook announced it would ban ads on “binary options, initial coin offerings and cryptocurrency.” The social media giant said it would prohibit ads for financial products and services “that are frequently associated with misleading or deceptive promotional practices.”

A report of a CFTC subpoena on major cryptocurrency exchange Bitfinex and an SEC emergency asset freeze on an initial coin offering added to negative sentiment that day.

Despite the news Wednesday, Brian Kelly, CEO of BKCM, said the crackdown could be an upside for digital currencies.

“It’s a good thing for the industry, Facebook and Google ads were always a red flag for me,” Kelly said. “It’s not having any impact on price.”

“Selling is driven by fear of another China ban, supposedly coming in next 24 hours,” Kelly said. “My view is it will be a nothing burger since China has been banning bitcoin since 2013.” 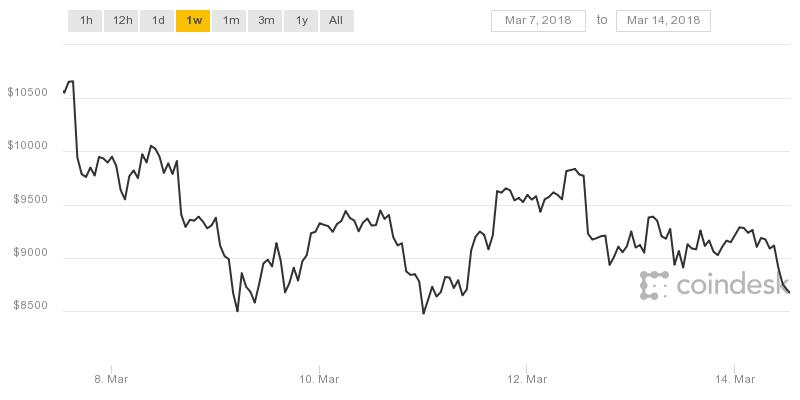 Separately, a subcommittee of the U.S. House of Representatives Financial Services Committee is set to hold a hearing on cryptocurrencies and initial coin offerings Wednesday morning.

Bitcoin prices dropped dropped from above $11,000 to below $9,000 last week following a statement by the U.S. Securities and Exchange Commission that expanded its scrutiny to cryptocurrency exchanges, and news of compromised accounts on a major Hong Kong-based exchange Binance.

Jack Tatar, co-author of “Cryptoassets: The Innovative Investor’s Guide to Bitcoin and Beyond,” pointed to continuing regulatory uncertainty in Wednesday’s price moves.

“We also have the threat and lack of clarity about regulations which is also weighing on the entire cryptoasset space, not just bitcoin,” Tatar said, adding that any break below $8,000 “will be disconcerting.”

Ripple was down 5.33 from the open, trading near 75 cents, according to Coinmarketcap.