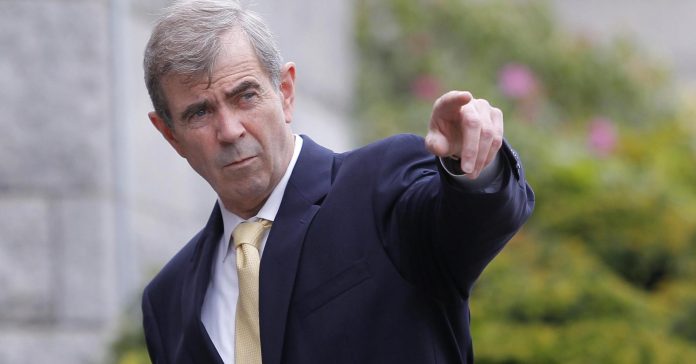 Massachusetts’ top securities regulator said his office is qualified to issue a warning on bitcoin because the digital currency is “entirely speculation.”

“It doesn’t pass the smell test,” William Galvin, secretary of the Commonwealth of Massachusetts, said Wednesday on CNBC “Fast Money.”

“There is no product here. This is entirely speculation. That’s already been proven by the high gyrations of the value,” Galvin said. “It’s also subject to manipulation, because no one can explain it no one can control it.”

On Dec. 13, Galvin issued a statement listing seven reasons why bitcoin may be a “worthless product.” The document is likely the first investor advisory on bitcoin from a state.

Federal regulators have also stepped up their warnings on cryptocurrencies and related investments this month.

We “don’t always agree, but we all seem to agree that this is a problem,” Galvin said. He said he is not working with other regulators at this time.

U.S. Securities and Exchange Commission Chairman Jay Clayton issued a lengthy statement on Dec. 11 about the dangers of investing in cryptocurrencies and initial coin offerings.

Last Thursday, the Financial Industry Regulatory Authority issued an investor alert on “cryptocurrency-related stock scams.” Some tiny stocks with few ties to technology have soared several hundred percent in the last several weeks after announcing plans to focus on blockchain, the technology behind bitcoin.

“Don’t be fooled by unrealistic predictions of returns and claims made through press releases, spam email, telemarketing calls or posted online or in social media threads,” the Finra alert said. “These actions may be signs of a classic ‘pump and dump’ fraud.”

Cryptocurrency proponents see blockchain as changing the world as much as the internet did. The technology eliminates the need for a third-party intermediary by creating a quick, permanent record of transactions between two parties. Bitcoin is the first application of blockchain.

CME, the world’s largest futures exchange, and its competitor Cboe both launched bitcoin futures in December. Many expect the futures will help legitimize bitcoin as an asset class, since the derivatives product will allow institutional investors to buy into the cryptocurrency trend.