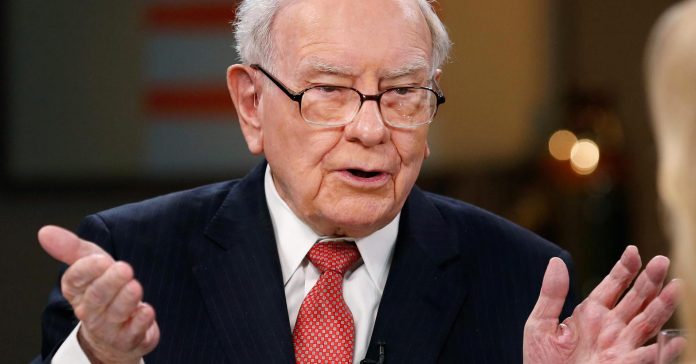 Instead of letting your happiness be defined by what you don’t have or how quickly you make money, Buffett said “you can have a lot of fun while you’re getting rich.”

In a study Dunn co-authored and published in the Proceedings of the National Academy of Sciences, researchers found that “time is the new essential currency for many people.”

“In terms of our happiness, time is really the fundamental currency,” Dunn added.

“People do not have unlimited money, so buying one thing means not being able to pay for something else,” she added. “Shifting the focus to not just say ‘let me make more income’ but let me just spend my money in ways that are actually making me happy is a really promising strategy.”

In 2017, Buffett said he would be content making $100,000 a year partly because he already has an investment that’s made him happy: a house he bought in 1958, which he still lives in.

“If I could spend $100 million on a house that would make me a lot happier, I would do it. But, for me, that’s the happiest house In the world. And it’s because it’s got memories, and people come back, and all that sort of thing,” Buffett told PBS Newshour.

“The truth is, I have got a lot of wealth, little pieces of paper [that say] Berkshire Hathaway on it. They are claim checks on all kinds of goods and services in the world. They can buy anything. I can buy 400-foot yachts and have 20 homes and all that,” Buffett said. “I wouldn’t be happier.”