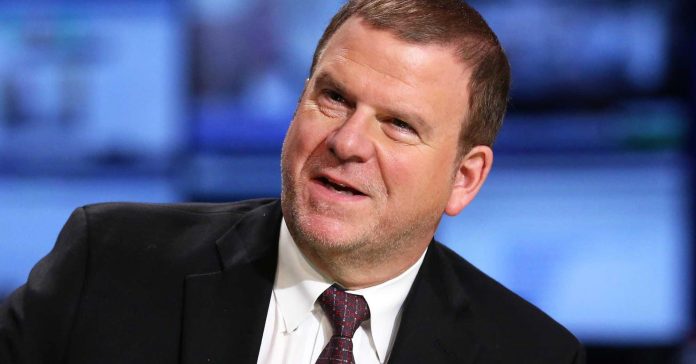 For billionaire restaurateur Tilman Fertitta, the rise of cryptocurrencies like bitcoin has striking similarities to the dot-com bubble of the late 1990s.

“I think it’s here to stay,” the founder and CEO of Landry’s told CNBC’s “Power Lunch” on Thursday. “It’s no different than anything new. Everybody forgets that if you put ‘.com’ at the end of your name just 20 years ago, your stock ran up.”

Fertitta, also the star of CNBC reality show “Billion Dollar Buyer,” said his biggest reservation about the digital currency’s early days was the fact that it is not yet insured.

The CEO shared an example: if some eager individual tried to withdraw $1 million in cash from a bank, the bank would probably be unable to fulfill the request.

“They don’t have the money. It’s just paper. That’s all bitcoin is, is paper, but it’s not insured by the FDIC today. And until it’s insured, a lot of people are never going to buy it,” Fertitta said.

Even so, the man behind the parent company of Bubba Gump Shrimp (and a slew of other successful dining and entertainment venues) said he could see his businesses accepting bitcoin as payment someday.

“I think it’s going to happen,” Fertitta said. “I mean, I remember somebody walking into my office and saying, ‘The world’s going to change. There’s this thing called the internet.’ And that wasn’t that long ago. So we have to remember this. It’s just something new and everything moves at a quicker pace today.”