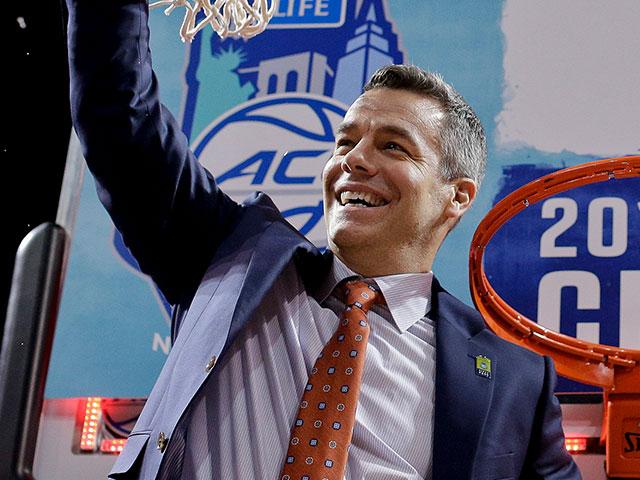 The University of Virginia men’s basketball team is headed to the NCAA as the No. 1 seed for the third time in the last five years under head coach Tony Bennett.

Roger Cheeks, the athletic director at Regent University told CBN News that Bennett stands as an example of how teaching athletes humility, servanthood, thankfulness, and other Christian principles will ultimately lead to success.

“If you are willing to work with athletes and enhance their character, then wins will come,” Cheeks said.

The Cavaliers beat North Carolina Tarheels, 71-63, in the ACC championship. They are now set to challenge University of Maryland, Baltimore County (UMBC) in the first round of the NCAA tournament Sunday.

However, the team is not resting on their laurels.

“Everybody’s capable in this tournament. That’s just how it is,” Bennett told the Washington Post. “To get a one seed is, I guess, a reward for a heck of a regular season and then postseason games in the conference tournament, but then you get your seeding, and then it starts over.”

It is that attitude that has helped Bennett to shape UVA’s men’s basketball program.

In 2015, a few seasons after he came to the school in Charlotesville, Va., he told the Daily Press that his Christian faith is the bedrock of his coaching style and career.

“My faith—that defines me. That’s what gives me my meaning and purpose and how I try to treat people with my life,” he said. “I make so many mistakes. The fact that I know I’m forgiven is probably the greatest joy that I have, but that is significant. That is the bedrock of my life and therefore the foundation of why I coach and how I coach, how I try to treat people and my perspective on this whole thing.”

Bennett teaches his athletes five biblically-based pillars that not only serve them well on the basketball court but help them become successful beyond their competitive years.

“They are life lessons and they are very specific to basketball in ways you wouldn’t think,” Bennett said.

“I really am thankful that we have a program that is building things of value that are basketball-oriented but life-oriented and family-oriented and career-oriented,” Bennett said.

Cheeks said that Bennett is successful because he is less concerned about his player’s athletic ability than building their character.

“You have to have the mental and emotional capacity to deal with loss,” Cheeks said. “As Paul told us ‘forgetting those things behind’…you have to look forward to your next meet and match in a positive way. If you hold onto the way you have been defeated it will affect your future.”

“You’re going to have some setbacks, be frustrated and disappointed, but having a passion for what you are doing translates into success,” he continued.

Cheeks adds that Bennett is using his platform to share a message about the body of Christ.

“It is interesting being a Christian and understanding the body of Christ. Everybody on the team may not have the same level of experience, but when you put them together something happens,” he said. “No matter what the sport is, the mindset will be to honor the weakest player, more than the strongest player.”

He believes Bennett also teaches the biblical message of honor.

“[Honor] is what gives Tony a great motivational platform for his players. He treats each player as if they are the No. 1 player,” Cheeks added. The Bible tells us we celebrate the weakest in the body rather than the strongest in the body.”

“I’m so glad Coach Bennett has a platform to do what he does,” he added.