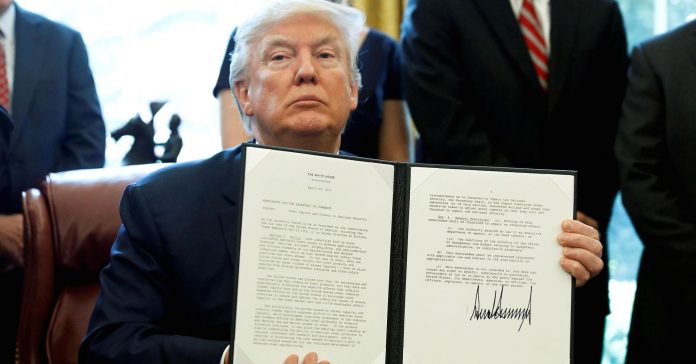 The Commerce Department is currently investigating whether steel imports threaten U.S. security. A decision was expected by Friday.

Gutierrez, who served under President George W. Bush, said Trump will probably be able to justify that steel imports are putting national security at risk.

“Whether that is the way to solve the steel capacity issue is another thing. Because this national security concept is somewhat ambiguous, you can expect for China to do some kind of retaliation,” he said in an interview with “Power Lunch.”

“It’s a slippery slope and I think we have to be careful.”

That retaliation could come in the form of Chinese tariffs on U.S. imports, Gutierrez said. The country has a particular interest in technology and would like to create its own cloud, he added.

Using the national security premise may also have other implications.