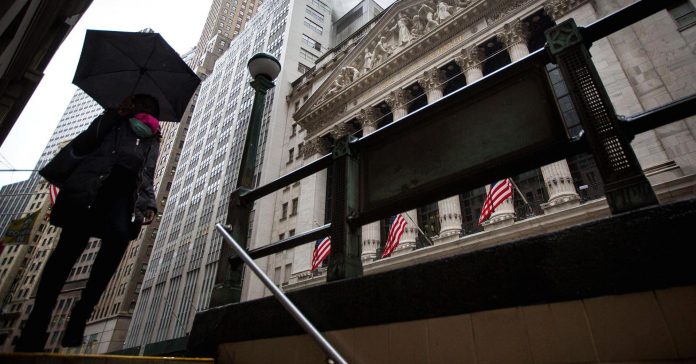 The renaissance in high-yield bonds looks like it’s over, at least judging by the behavior of short sellers.

“Demand remains elevated despite a rally off the lows, which recovered half of the [year-tod-date] losses for the products,” Pierson said in a note.

High-yield funds have been enjoying a strong rebound since bottoming in February 2016. The iShares iBoxx $ High Yield Corporate Bond fund, a popular ETF that tracks an index of junk bonds, rose about 16 percent from that low point until July 2017. The ETF is down more than 1 percent year to date.

An environment of rising bond yields overall has dented the sector’s popularity, and investors have been running for the doors. The Bank of America Merrill Lynch high-yield gauge has climbed as much as 55 basis points this year. Bond yields and prices move in the opposite direction, meaning that the group has seen significant capital losses.

As such, investors have yanked money from junk funds. The iShares high-yield product and the SPDR Bloomberg Barclays High Yield Bond (JNK) ETF, the two most popular offerings in the space, have seen collective investor withdrawals of $6.3 billion in 2018 alone.

Instead, investors are borrowing the money to short-sell the space. The process involves the borrowers lending the ETFs to others then hoping to pocket the difference in price at a later date.

“The ability to achieve HY short exposure via exchange listed products has allowed a wider range of market participants to put the trade on, and has contributed to rising demand for the underlying HY corporate bonds, which is also at a post-crisis high,” Pierson wrote.

The SPDR fund has had a higher borrow rate than the iShares offering because of lower rates. Pierson said energy corporate bonds in the high-yield space are at the highest demand.