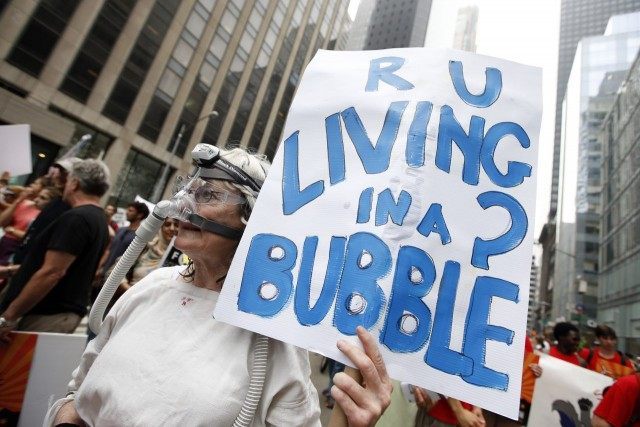 It’s that time of year again, a holiday where you stand around the grill and patiently (or not) explain the truth to your liberal relatives and friends.

Mentioning an article that ran in the Washington Post in 1922, misreporting evidence of short-term weather variability in the Arctic as evidence of a long-term warming trend, is a good way to poke a stick in the eye of your global warming alarmist friends. A conversation starter!

The article illustrates a past case where (quoting Snopes, the liberal self-described fact checker) “current warming trends” were misinterpreted as being “indicative of long-term climatic changes rather than relatively short-term weather pattern variability.” Don’t oversell it! It doesn’t prove that people today who refer to warming in the Arctic region as proof of a long-term warming trend are necessarily wrong… only that they might be, that the mistake was made in the past (when man-made emissions could not have been a factor), and so the burden of proof rests on those who say this time is different.

Global warming alarmists often claim the recent Arctic warming is unprecedented or must be due to the human presence. On its face, the 1922 article makes those claims dubious. Closer study reveals they haven’t made the case. For example, a scholarly article released just this month suggests the recent reduction in Arctic ice is most likely just a natural correction to a build-up that occurred from the 1940s to the 1970s. Scientists with the Nongovernmental International Panel on Climate Change (NIPCC) produced a lengthy review of the literature in 2014 that essentially found the same thing. But how many people subscribe to Hydrological Sciences Journal or want to read 1,000-page tomes?

Here are some good short references to the climate debate to share with family and friends over the Memorial Day holiday:

Roger Andrews, Catastrophic climate change – a reminder of what the IPCC actually said

A fascinating (and utterly damning) look at the history of the global warming scare campaign is Donna Laframboise’s The Delinquent Teenager who was mistaken for the world’s top climate expert.

A website hosted by meteorologist Anthony Watts, WattsUpWithThat.com, is a wonderful place to go to watch the real science debate taking place over the causes and consequences of climate change. I really don’t think you can visit the site more than two or three times and not come away a “skeptic.”

Joseph L. Bast is president of The Heartland Institute, a nonprofit research and education organization based in Arlington Heights, Illinois. He can be contacted at jbast@heartland.org.