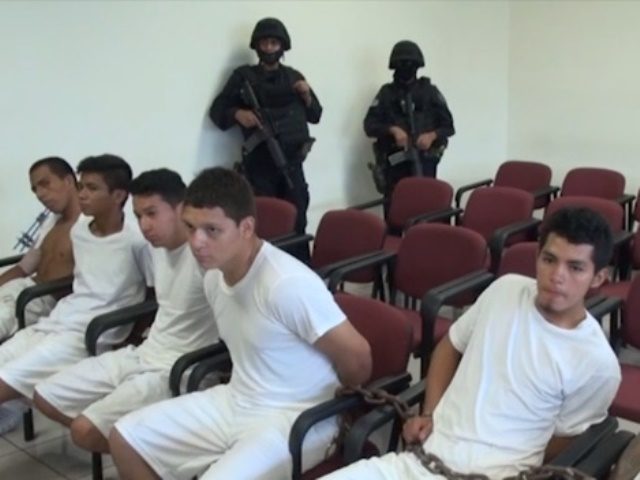 Seven members of one of El Salvador’s most violent street gangs received 390 years in prison for the gruesome massacre of 11 innocents.

Investigators believe that the Barrio 18 members were on the hunt for their rivals, Mara Salvatrucha (MS-13), when they accidentally stumbled on the group of 11 laborers and murdered them in either a case of mistaken identity or in an attempt to eliminate any potential witnesses.

Recently, Breitbart Texas reported that a massive prison escape occurred in Honduras by nearly two-dozen Barrio 18 gang members. In response, the Honduran government called in the military to transfer hundreds of Barrio 18 and MS-13 gang members to a new supermax facility.