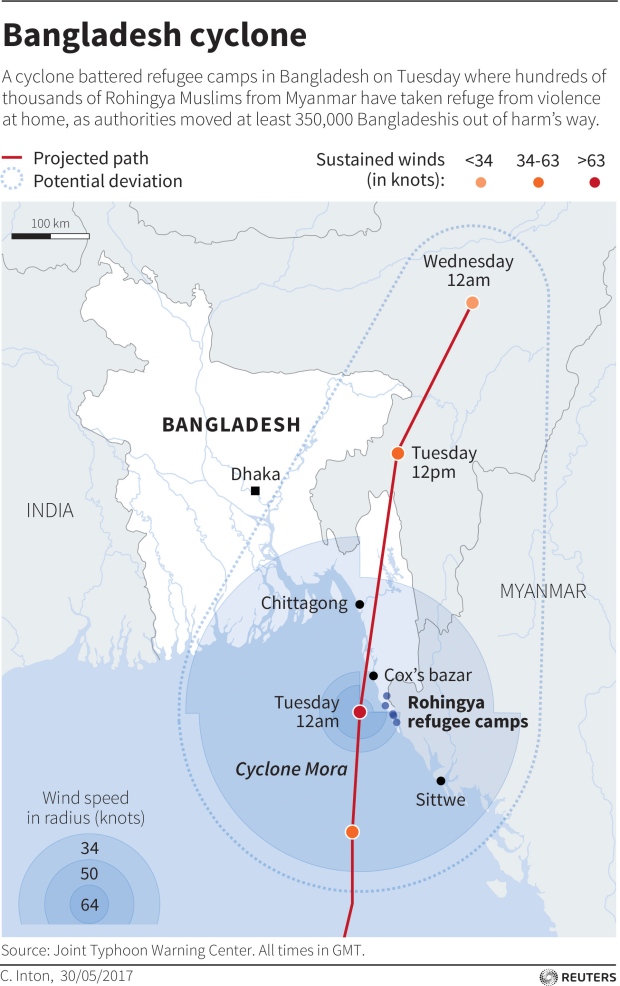 A tropical storm lashed southern Bangladesh on Tuesday, killing at least three people and destroying thousands of poorly built homes in some remote islands in the Bay of Bengal, officials said.

Tropical Storm Mora started crossing the country’s southern coastal region early in the day. Some 300,000 people had been moved to safety or were evacuated on Monday as the delta nation braced for its first strong storm of the year, with more than 1,000 shelters set up in several districts, including Cox’s Bazar and Chittagong. More than 20,000 volunteers were on hand.

Cox’s Bazar’s chief government administrator, Ali Hossain, said two women and a man died in three separate incidents after the storm made landfall. Two of them died after trees fell on their homes, he said.

Some 20,000 homes were destroyed in the vast region, Hossain said.

“We are estimating actual losses, but we don’t expect huge casualties,” he said.

The storm had weakened by Tuesday afternoon and was expected to be downgraded to a tropical depression, according to the weather office.

The island of Saint Martins was severely affected by the storm, which started hitting the area around midnight Monday.

The storm had maximum sustained winds of 89 km/h and gusts of up to 117 km/h.