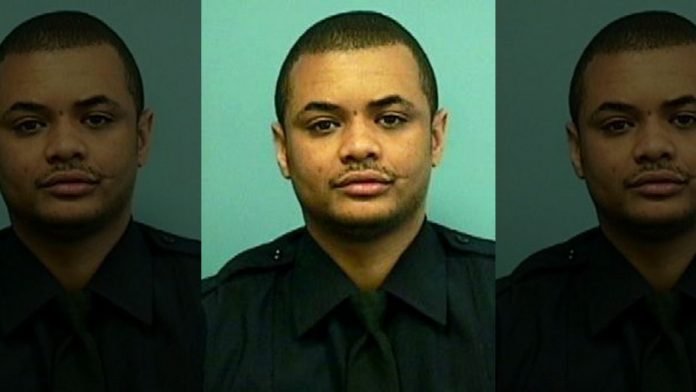 This undated photo provided by the Baltimore Police Department shows Det. Sean Suiter who was shot and killed in a particularly troubled area of West Baltimore while investigating a 2016 homicide.

Wednesday’s funeral procession for a slain Baltimore detective will temporarily shut down portions of three interstates.

Portions of interstates 95, 695 and 83 will be closed for about two hours, Maryland’s State Highway Administration announced, adding that “major midday delays” should be expected between 1 and 3 p.m.

Thousands of police officers from around the country are expected to attend the funeral of Detective Sean Suiter, 43, who was fatally shot Nov. 16 while investigating a 2016 murder.

Suiter was shot with his own gun one day before he was scheduled to testify in a police corruption case, Baltimore Police Commissioner Kevin Davis said at a news conference last week.

The 18-year-veteran approached a man who, according to Suiter’s partner, was engaging in “suspicious behavior.” A confrontation occurred and Suiter was shot once in the head. His partner, who was nearby, called for help. Suiter died the next day.

Following an 11 a.m. service at Mount Pleasant Church and Ministries in Cedonia, a procession will be held between 1:30 p.m. and 2:30 p.m., the Baltimore Sun reported.

A reward for information leading to an arrest in Suiter’s death has been raised to $215,000.