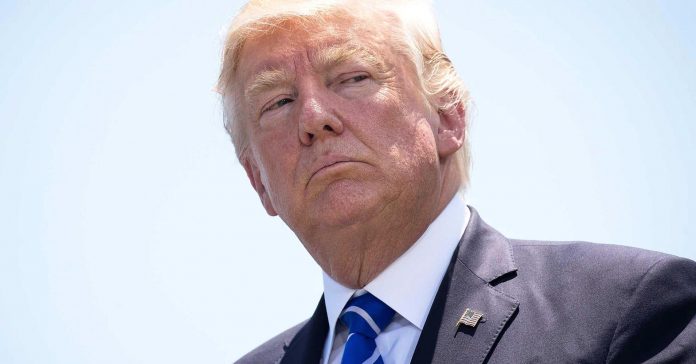 President Donald Trump returned home from his first trip abroad to face a new series of allegations against his administration — and he hit the ground tweeting with a series of posts slamming “leaks” and so-called “fake news,” while stating his recent trip was a “great success.”

More from NBC News:
Jared Kushner Under Scrutiny in Russia Probe, Officials Say
After Summits With Trump, Merkel Says Europe Must Take Fate Into Own Hands
Trump on Message During Overseas Trip, but Now He’s Home

Trump began his series of tweets Sunday morning acknowledging the contentious Montana special congressional race, in which Republican Greg Gianforte declared victory on Friday despite being charged with misdemeanor assault following allegations that he “body slammed” a reporter on the day before Election Day.

The president then declared his nine-day trip abroad “a great success for America” before launching into a number of posts criticizing leaks and anonymous sourcing, following another week of bombshell Russia-related reports.

Trump had stayed silent on the reports during his trip abroad, including after NBC News reported on Thursday that his son-in-law and senior adviser, Jared Kushner, is under scrutiny in the FBI’s Russia probe.

The president went on the offensive Sunday morning without pointing to any of the specific reports, but he told his 30.8 million Twitter followers that it was his “opinion” that many of the “leaks coming out of the White House are fabricated lies made up by the #FakeNews media.”

Trump then criticized the media’s use of unnamed sources saying that it was “possible that those sources don’t exist.”

“#FakeNews is the enemy!” he said.

Trump routinely criticized the media during his presidential campaign and after taking office, as well as the sources within the White House providing that information.

But his relationship with the media and leaked information has been complicated. A Washington Post report during the campaign detailed how Trump the businessman was often the source of his own leaks, posing as spokesman “John Miller” or “John Barron” to tell reporters positive stories about himself or to float dating rumors.

Trump has denied the report.

And earlier this month, The Washington Post and The New York Times reported that Trump had revealed highly classified ISIS-related information to Russian officials during a meeting at the White House.

The president has since said he had the “absolute right” to share certain information with Russia.

Trump capped his tweetstorm about leaks stating that British Prime Minister Theresa May was “very angry” that information the United Kingdom had given the United States about the suicide attack in Manchester last week “was leaked.”

And then Sunday night, the president returned to Twitter, pushing the Republican-proposed health care and tax measures before making it clear that he’d seen the reaction to his flurry of tweets Sunday.

“The Fake News Media works hard at disparaging & demeaning my use of social media because they don’t want America to hear the real story!” he tweeted.