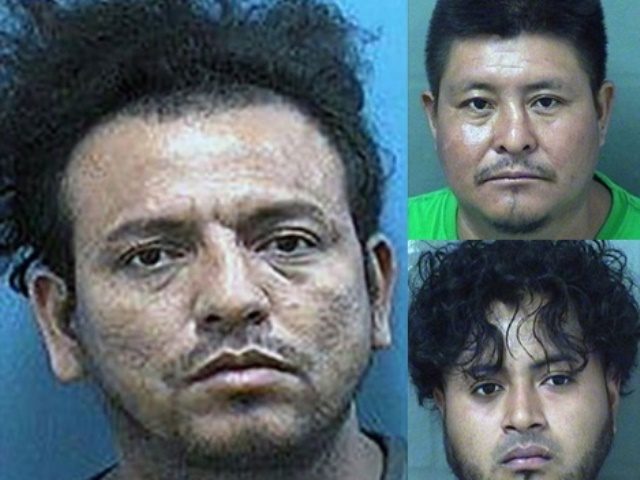 Investigators said the trafficked women – who were shipped in from Central and South America – were forced to have sex with over 100 men per week.

Joel Gomez-Chilel, 35, and Byron Estrada, 28, both of Guatemala, were arrested on Friday on human trafficking charges in Palm Beach County, the Palm Beach Post reported.

Authorities believe that Gomez-Chilel was an enforcer who oversaw security and collected the money earned by the women, while Estrada managed one of the brothels connected to the prostitution ring.

In a statement to Breitbart Texas, Immigration and Customs Enforcement (ICE) said, “ICE lodged a detainer on Joel Gomez-Chilel and Byron Estrada, both citizens of Guatemala, with the Palm Beach County Jail after they were arrested on local charges.”

A third man, Miguel Angel Alvarez Maradiaga, 31, purportedly of Honduras, was previously arrested in the case on May 6 for sex trafficking and prostitution-related charges.

“Authorities say Maradiaga, 31, has been running the prostitution business since taking it over about four years ago when his brother was deported to their native [country of] Honduras on prostitution-related charges,” the Palm Beach Post noted.

As the suspected ring leader, Maradiaga had numerous other men under his control that he used to help sell the sexual services of the women who investigators said were from Colombia, Dominican Republic, Costa Rica, Puerto Rico, and Honduras.

Investigators indicated that many of the women sold into prostitution were forced to have sex with more than 100 men a week, in 15-minute sessions.

If the women were unable to perform the services demanded of them, the traffickers then forced them into other roles that served to their benefit:

One woman said she was forced to work at brothels ran by Maradiaga and his family until she became pregnant. Maradiaga refused to allow the woman to receive medical care and forced her to work as a “house mom,” collecting money and forcing other women to keep working.

Breitbart Texas reported on Tuesday that a 34-year-old illegal immigrant from Mexico was charged with human trafficking, sexual battery, and lewd and lascivious molestation after he allegedly had sex with a 12-year-old and tried to get her and her friends to become prostitutes.