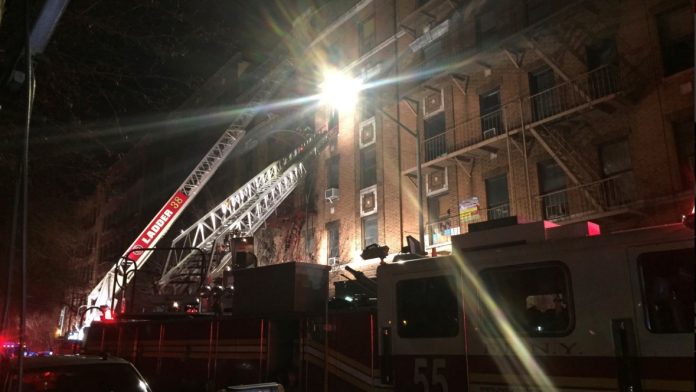 Dozens of firefighters called to five-storey, walk-up in frigid weather

At least six people have died in a blaze at a Bronx apartment building on a frigid night, and several more have been injured, according to New York City mayor’s press secretary.

Press Secretary Eric Phillips says the eventual toll is still uncertain. The Fire Department of New York said earlier that 15 people were seriously injured in the fire near the Bronx Zoo Thursday night.

About 170 firefighters are at the five-storey, walk-up apartment house. Democratic Mayor Bill de Blasio also plans to head there.

Temperatures are around -10 C in New York, with winds making it feel colder.

One of the deadliest fires in recent memory happened elsewhere in the Bronx in 2007. Nine children and one adult died in a blaze sparked by a space heater.