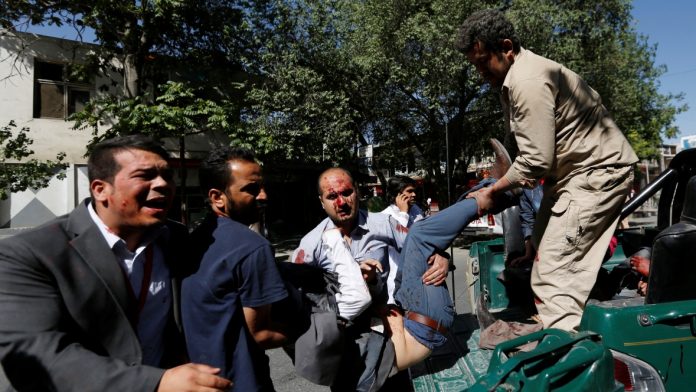 Afghan officials say a heavy explosion has caused casualties and damage in the diplomatic area of the capital Kabul.

Najib Danish, deputy spokesman for the Interior Ministry, said at least 50 people were killed or wounded in the suicide car bombing Wednesday.

The blast in the Wazir Akbar Khan area happened near several embassies and not far from the presidential palace.

Ismail Kawasi, spokesperson for the public health ministry, said more than 50 wounded people are in Kabul hospitals so far.

Danish said the blast was so heavy more than 30 vehicles were either destroyed or damaged.