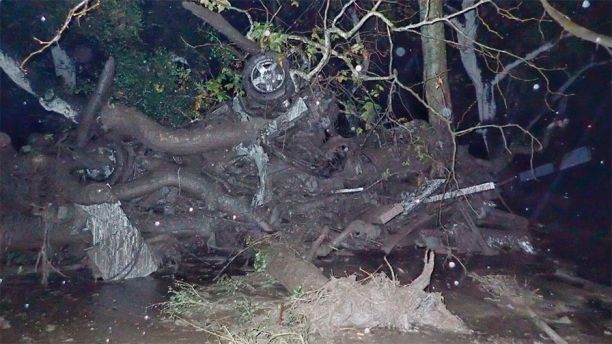 At least three people were reported missing Tuesday after a powerful winter storm drenching Southern California sent mud and debris streaming down wildfire-scarred hillsides and into several neighborhoods, some of which house lavish celebrity homes.

Multiple rescues were underway in Montecito, which is known for its star power, as the enclave boasts the mansions of Oprah Winfrey, Ellen DeGeneres and several other celebrities, according to Mike Eliason, a public information officer with the Santa Barbara County Fire Department.

Multiple rescues were underway in Montecito due to flood waters and debris flows.

“Heavy rains have triggered massive runoff in the Montecito area,” Eliason wrote on Twitter. “Multiple rescues from vehicles and structures are underway. Access is difficult/delayed due to-at some locations-waist deep mudflow, trees, and wires down. Avoid the area.”

The Santa Barbara Fire Department told KEYT-TV there were three people unaccounted for, and three houses off their foundation and slipping down a hillside due to a mudslide. 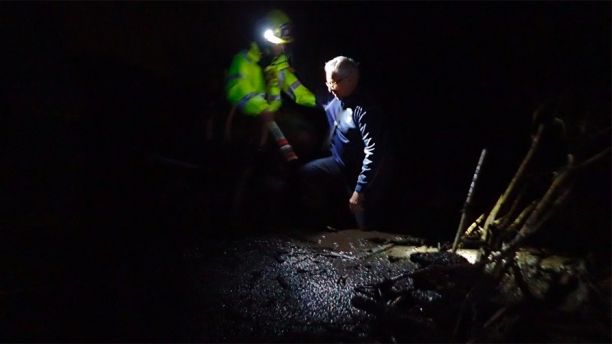 In another Twitter post, Eliason posted pictures of firefighters rescuing two men and a woman from flood waters on Hot Springs Road in Montecito. 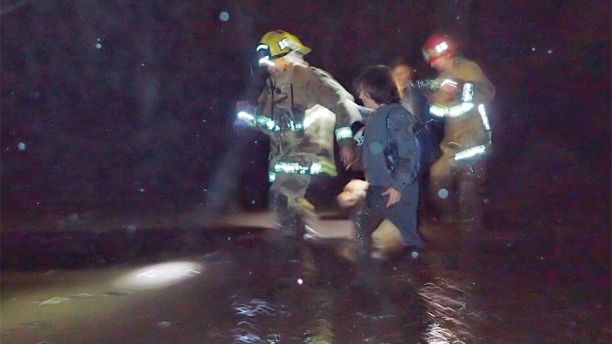 The Montecito enclave boasts the homes of several stars, such as Oprah Winfrey and Ellen DeGeneres.

While it is still unclear if any celebrity homes were affected by the recent flooding and mudslides, several of those houses had close-calls when the Thomas Fire recently threatened the region. Winfrey, who recently fueled speculation over a possible 2020 presidential run after her speech at the Golden Globe Awards, said she returned to her home in Montecito on Jan 4.

“1st day back at home. Still smelling smoke.But grateful to have a home to come to and forever grateful to firefighters. #ThomasFire,” she tweeted.

The California Highway Patrol said US 101 northbound & southbound were closed due to flooding and debris flows in the Thomas Fire burn area, located north of Ventura and south of Santa Barbara.

The National Weather Service in Los Angeles said at least five inches of rainfall has fallen so far in the town of Ojai in Ventura County. The region about 100 miles northwest of Los Angeles is located in the burn area of the Thomas Fire, which scarred the land last month and was the largest in California history.

Anderson says there were reports of people hurt, but she didn’t immediately know how many or the extent of the injuries. Anderson said “multiple” residents had been rescued and more were calling for help in Montecito and Carpinteria.

Evacuations were ordered in those foothill neighborhoods Monday because of mudslide fears.

The first significant storm of the season has soaked much of the state, bringing a record 3.15 inches of rain fell in downtown San Francisco on Monday.