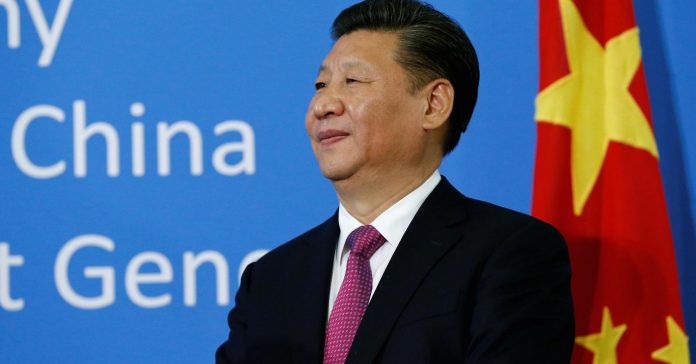 Xi’s supporters have said the anti-graft investigations are necessary to get rid of bad actors, while critics say it’s merely house-cleaning of opponents. Either way, a major twice-in-a-decade leadership shuffle this fall is set to take place, and that’s the turning point.

“These [new] officials have been carefully, carefully scrutinized before they are appointed, so they are clean,” Li said. “They are not worried about becoming targets of anti-corruption investigations.”

Li’s so bullish that he even said he expects China’s economy to grow as much as 7 percent next year, and around 6.7 percent this year. While that would still represent the country’s slowest pace of growth in about a quarter of a century, it would match what China posted in 2016, and perhaps mark the start of growth acceleration.

Continued strength and optimism in China is also marked by increasingly sophisticated consumers with greater spending power than ever.

Chinese today are more aware of what they’re buying, and are starting to seek better goods rather than cheaper or counterfeit items, said Gao Hongbing, an Alibaba Group vice president, during a World Economic Forum event.

“I think they’ve lost interest,” Gao said of the mainstream Chinese consumer’s attention to knock-offs. “Therefore, they like more high-quality and genuine products.”

And despite uncertainties, Chinese CEOs are still willing to invest now for the future, according to a KPMG study heralded during the meeting. While top executives from the U.S. and Europe are looking to their own domestic economies to seek growth, ones from Asia are looking to international markets, according to the study. Chinese CEOs in particular are interested in Australia, Germany and the U.K. as overseas destinations for growth.

Still, in the short term, experts say Beijing must contend with a collection of domestic concerns, such as a housing bubble and debt levels.

At next year’s Summer Davos — set to be held in the Chinese city of Tianjin — perhaps some of those challenges will have seen new solutions.

—CNBC’s Geoff Cutmore and Everett Rosenfeld contributed to this report.