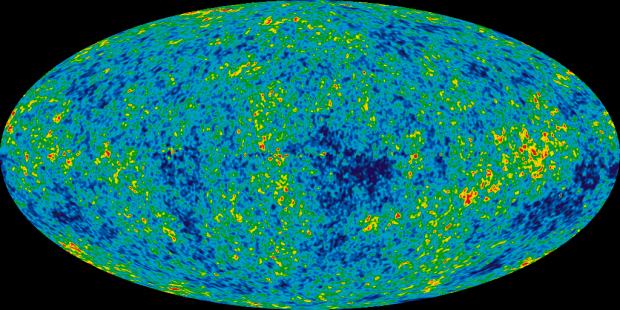 Roughly 13.8 billion years ago, in a moment believed to have occurred faster than the speed of light, our universe was born — a point we refer to as the big bang.

While the universe began as hot and opaque, as it rapidly expanded, it first became dark and cold, lasting for about 400,000 years. There was little else in the universe other than hydrogen gas, its most abundant element.

Eventually stars formed and over hundreds of millions of years, galaxies. But that “eventually” nagged astronomers: when exactly did the first stars form?

Now, a team of scientists believe they’ve found a signal in the darkness, the first hint of stars emerging from the primordial soup that created everything we know.

Astronomers have theorized that some time between 100 million to 700 million years following the big bang, gravity slowly pulled together dense regions of hydrogen gas. As these clumps became denser, they collapsed in upon themselves, creating fusion, and the first stars were born.

Ultraviolet radiation from these stars, astronomers also believed, would interact with hydrogen gas, which in turn absorbed some cosmic microwave background radiation left over from the big bang. This allowed hydrogen to be seen, as a type of shadow detectable in particular radio frequencies.

This image taken by the Wilkinson Microwave Anisotropy Probe (WMAP) reveals 13.77 billion year old temperature fluctuations (shown as colour differences) that are the ‘seeds’ that grew to become the galaxies. This is the cosmic microwave background radiation. (NASA / WMAP Science Team)

Scientists around the world have been looking for that telltale sign of the first stars emerging. The time at which this occurred is referred to as the Epoch of Reionization (EoR). And now researchers at Arizona State University and the Massachusetts Institute of Technology (MIT) together with the National Science Foundation in the United States, believe they’ve found it.

When we look up at the night sky, we see stars as they were, not as they are. That’s due to the time it takes light to travel (300,000 kilometres a second). Even the light from the sun takes eight minutes to reach us.

We use the speed of light when measuring vast distances in the universe like the space between stars and galaxies. For example, the nearest star to Earth is Proxima Centauri, 4.2 light-years away.

There are no optical telescopes to look back in time. The farthest we’ve seen is through the eyes of the Hubble Space Telescope, some 13.4 billion years back. 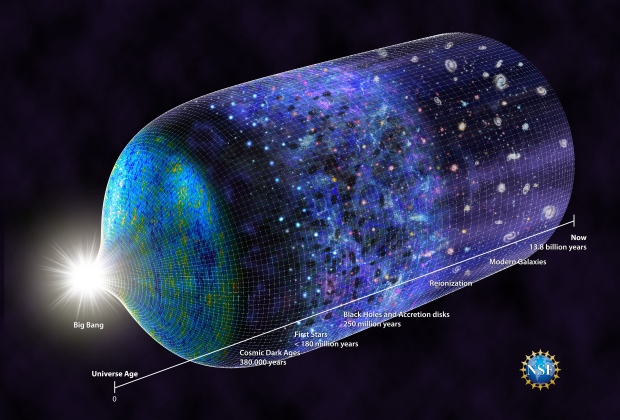 So instead of visually looking for the first stars, astronomers listen using radio telescopes, then look for a signal in the data.

Listening is no easy task. The universe is a noisy place — at least in the form of static — not to mention the noise that we produce locally.

To make things even more difficult for researchers, astronomers were expecting to hear the signal in a radio band that is commonly used here on Earth.

“There is a great technical challenge to making this detection,” Peter Kurczynski, the NSF program director said.

“Sources of noise can be 10,000 times brighter than the signal. It’s like being in the middle of a hurricane and trying to hear the flap of a hummingbird’s wings.”

After searching for a location that would be relatively quiet, the researchers settled on the Murchison Radio-astronomy Observatory (MRO) in Western Australia.

There, they set up what looks like nothing more than a dining room table: the Experiment to Detect the Global EoR Signature (EDGES). 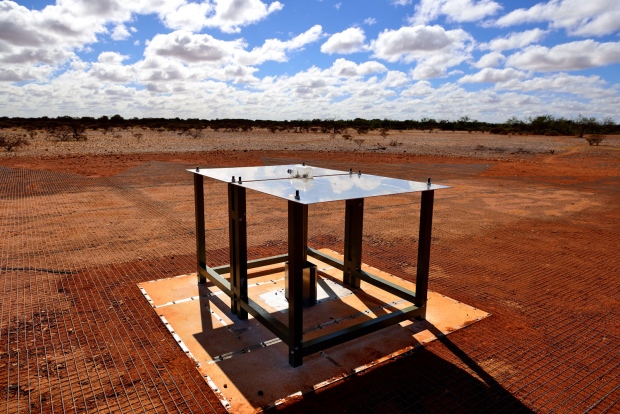 This is the EDGES ground-based radio spectrometer at the Commonwealth and Industrial Research Organization’s Murchison Radio-astronomy Observatory in Western Australia. The instrument was able to peer back at a time when the universe’s first stars were forming. (CSIRO Australia)

“I wasn’t sure we’d ever detect anything,” Alan E.E. Rogers of MIT, co-author of the paper published in Nature Wednesday, told CBC News.

Instead, he said their “relatively cheap instrument” — compared to other large-scale telescopes — did find something. But it took 12 years of calibrating the instrument and almost two years more to ensure that what they’d detected wasn’t an earthly artefact or some error in the data.

‘There’s a very realistic chance that this is the earliest we’ll be able to see into the history of the universe for years, decades, maybe our lifetimes.’
– Judd Bowman, Arizona State University

After listening in on a band ranging from 50 megahertz to 100 megahertz, they found a signal that suggested the first stars formed roughly 180 million years after the big bang.

But it also surprised them: the universe seemed to be far colder than models suggested it should be.

“Going into this, we knew the biggest possible amplitude of this signal, because we thought we understood the evolution of gas in the evolution fo the early universe very well,” Judd Bowman, lead author of the paper, told CBC News. “What we found is something that looks twice as big or more than expectations.”

In a second paper published in Nature Wednesday, researcher Rennan Barkana suggests that the universe is colder due to interaction with dark matter, something that astronomers can’t see but believe makes up roughly 25 per cent of our universe.

Though the signal seems clear, Bowman said more followup is needed. He’s anticipating work from other large-scale telescopes and scientists to support the findings.

Still, he believes this is likely the farthest back in time we’ll be able to see.

“We can already see the cosmic microwave background, which is 380,000 years after the big bang,” Bowman said. “But in terms from then to now, I think there’s a very realistic chance that this is the earliest we’ll be able to see into the history of the universe for years, decades, maybe our lifetimes.”