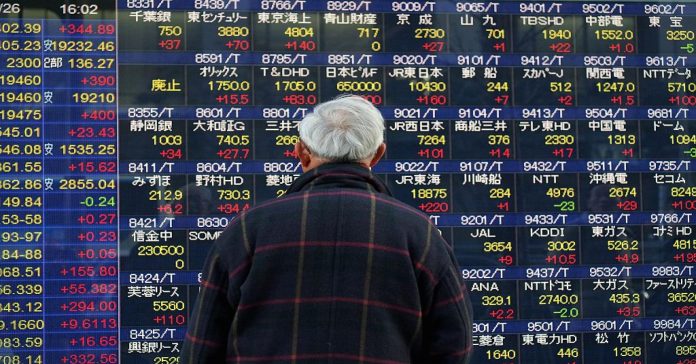 Tech stocks sold off stateside on Wednesday as financials rose. The Dow Jones industrial average closed at a record high as investors focused on momentum in the U.S. economy. The second estimate for third-quarter GDP was revised to 3.3 percent from 3 percent. It was also above the 3.2 percent expected by markets.

Yields on U.S. Treasurys moved higher as investors took note of better-than-expected GDP numbers and outgoing Federal Reserve Chair Janet Yellen’s remarks on the outlook for the U.S. economy. While Yellen on Wednesday acknowledged growth was broad-based, she also said she was “very worried” about the U.S. public debt trajectory.

In currencies, the pound hit a two-month high in the last session as negotiations between the U.K. and the European Union made progress. Sterling traded at $1.3411 at 6:45 a.m. HK/SIN after rising as high as $1.3447 on Wednesday.