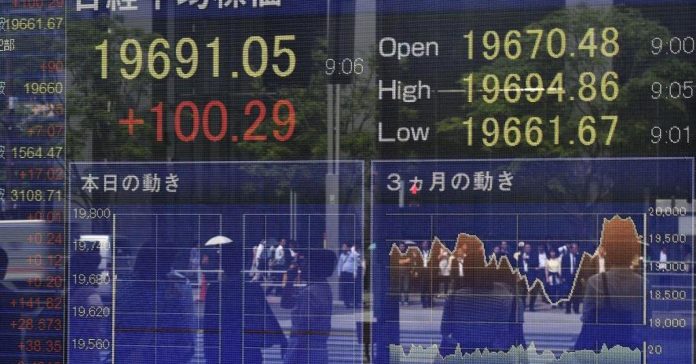 Comments from European Central Bank President Mario Draghi on Tuesday about adjustment in the central bank’s monetary stimulus had been misinterpreted, according to media reports. Draghi had wanted to signal tolerance for weaker inflation and not tightening in policy, sources told Reuters.

The Bank of England was also in the spotlight, after BoE Governor Mark Carney’s comments about debating an increase in interest rates “in the coming months.” The pound rose to a three-week high, trading as high as $1.2943, Reuters said. Cable traded at $1.2931 at 6:45 a.m. HK/SIN.

Meanwhile, Bank of Canada Governor Stephen Poloz told CNBC that interest rate cuts “have done their job.” The Canadian dollar rose to its highest level since February following the news. The loonie traded at $1.3038 to the dollar at 6:51 a.m. HK/SIN.

In the U.S., stocks closed higher, with financial stocks rising before the release of the Federal Reserve’s stress test results. Bank stocks rose further in extended trading after results showed the Fed had approved the capital return plans of all 34 banks.