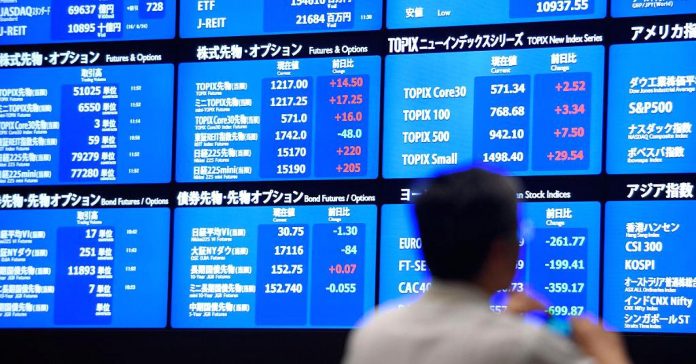 Tax reform was in focus on Wall Street as investors anticipated potentially lower corporate taxes ahead. A top Republican indicated on Thursday that the GOP’s final tax bill could see certain deductions being adjusted. A joint tax bill now has to be ironed out after the House and Senate earlier passed separate versions.

The dollar index, which tracks the U.S. currency against a basket of six major currencies, was firmer at 93.769. Against the yen, the dollar traded at 113.07, its highest level in more than three weeks.

Meanwhile, bitcoin soared above $19,000 on Thursday, but later tumbled some 20 percent from that level. The cryptocurrency, which started the year under $1,000, has experienced massive moves in recent days.