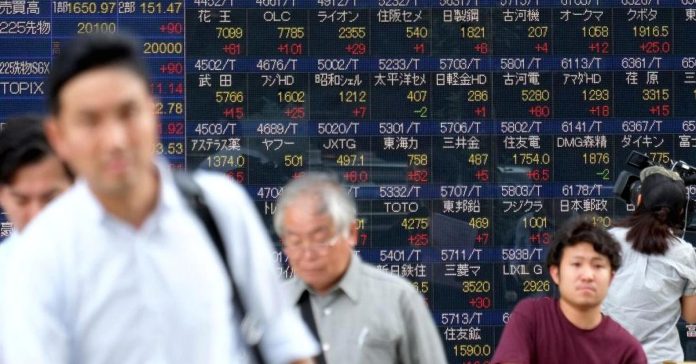 Asia markets were set to open higher on Friday, after U.S. stocks rallied overnight at the increasing likelihood that the Senate might pass a bill aimed at overhauling the U.S. tax code. The Dow Jones industrial average closed above 24,000 for the first time.

Nikkei futures in Chicago traded at 22,880, while the Osaka futures were at 22,900. That indicated a higher open in Japan after the benchmark index closed at 22,724.96 in the previous session.

Stateside, Senator John McCain said he will back the Senate GOP’s tax bill, boosting the plan’s chances of clearing the Senate by Friday. McCain had been one of the last GOP senators not committed to supporting the proposal.

Energy prices are set to be in focus in the Friday session after OPEC and Russia agreed on Thursday to extend their oil output cuts to the end of 2018.

Though the move was expected by many, the oil producers had earlier indicated they could walk from the deal if they felt the market was overheating.

The deal to cut oil output by 1.8 million barrels a day was adopted last winter by OPEC, Russia and nine other global producers. The agreement was due to end in March 2018, having already been extended once.

“The world’s biggest oil-producing countries believe that a global oversupply of oil is still weighing down oil prices noting that oil in storage — a proxy for the global glut — remains well above historical averages,” Rodrigo Catril, a currency strategist at the National Australia Bank, wrote in a morning note.