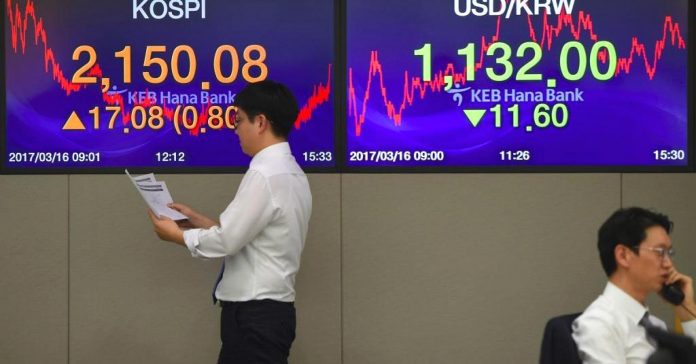 In currency news, the dollar was flat against a basket of six rival currencies after reaching a near six-and-a-half month low last week. The dollar last traded at 97.397.