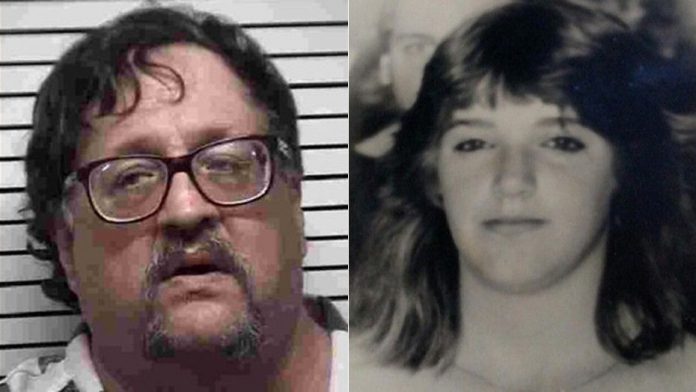 Michael Hand, 61, of Troutman, N.C., has been arrested for the October 1986 murder of 15-year-old Tracy Gilpin in Kingston, Mass.

A North Carolina man has been arrested in the cold case murder more than 31 years ago of a Massachusetts teen, authorities said Sunday.

Michael Hand, 61, of Troutman, has been charged with murder in the death of Tracy Gilpin, who was 15 when she disappeared in her hometown of Kingston, on Oct. 1, 1986, Fox 25 Boston reported. Her partially clad body was found three weeks later. She died of a blow to her head that crushed her skull.

Gilpin was the sister of Massachusetts’ top cop.

“For the past three decades, we have remained hopeful that Tracy’s murderer would be identified,” State Police Superintendent Kerry Gilpin said. “The much-welcomed news of an arrest in the case leaves us cautiously optimistic that justice for Tracy is within reach. My thoughts today are not just with my own family, but also with all the families who have lost loved ones to violence. We will continue to work tirelessly to find justice for all murder victims.”

Gilpin said her family was extremely grateful to those who provided information to investigators assigned to her sister’s case.

Tracy last was seen purchasing cigarettes at a convenience store. She went there after going to a party with friends.

The woman behind the counter remembers seeing Tracy talking to someone in a jeep in the parking lot, Fox 25 reported in 2016.

The woman says she offered Tracy a ride home when the store close around 11 p.m.

“A nearby neighbor heard what they thought was a scream and a car taking off. Tracy never came home that night,” Plymouth County District Attorney Timothy Cruz told Fox 25.

Her body was found 14 miles away in the woods of the Myles Standish State Forest in Plymouth.

“She had significant brain trauma,” Cruz told the station. “She had died due to a massive blow to her head.”

Cruz told the station that the evidence suggests that Tracy had been abducted before she was brutally murdered.