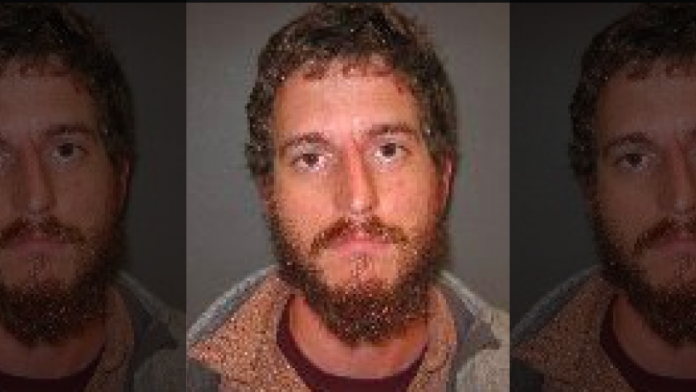 Taylor Michael Wilson was charged with terrorism after allegedly trying to wreck an Amtrak train.

Taylor Michael Wilson, 26, of St. Charles, Mo., entered a secure area of an Amtrak passenger train Oct. 22, toyed with the controls and applied the emergency brake – sending passengers lunging and knocking out electrical power, according to a criminal complaint filed in a U.S. District Court in Lincoln, Neb.

The filing of terrorism charges was first published in the Lincoln Journal Star last week.

Two Amtrak conductors detained Wilson on the train until police arrived, authorities said. One conductor said Wilson taunted them, saying, “What are you going to do, shoot me?”

Police reportedly confiscated a loaded firearm, ammunition, a hammer and a fixed blade from inside the man’s backpack. Wilson refused to tell the authorities why he had the items, authorities said. They added that Wilson was carrying a business card for the National Socialist Movement, an openly neo-Nazi group.

Wilson was released on a partially secured bond in December, but following a search warrant and a subsequent FBI investigation, he was arrested again on weapons charges.

The criminal complaint states that in addition to weapons and a hand-made shield, the FBI also learned that Wilson expressed disturbing views to his roommate, including that he was interested in murdering black people, and vehemently supported white supremacist groups.

Wilson’s cousin claimed he attended a far-right rally in Charlottesville, Va. He said it is unclear if the 26-year-old brought anything more than a shield and a bulletproof vest to the rally, but noted that he was known for carrying a firearm with him.

The DOJ indictment of Wilson signals an increasing focus on white supremacist violence in the U.S. On Tuesday, just days after Wilson’s indictment was revealed, the DOJ sentenced a neo-Nazi leader to five years in prison for explosive charges.

Brandon Clint Russell, 22, was sentenced to five years in federal prison for possessing an unregistered destructive device and for illegal storage of explosive material.