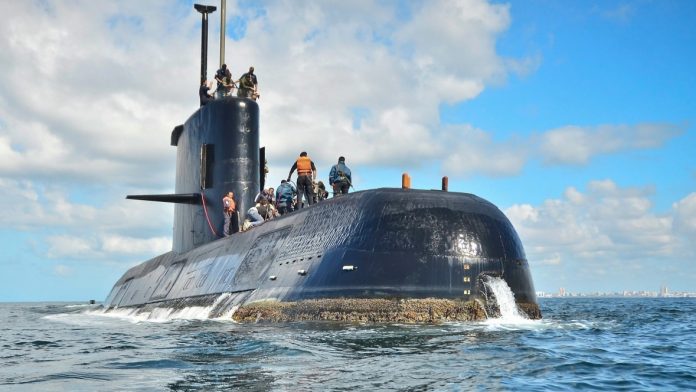 Argentina’s navy announced Thursday that the search for a missing submarine that has been lost for 15 days will continue but the rescue part of the mission is over, reflecting the faded hopes for finding the 44 crew members alive.

Navy spokesperson Enrique Balbi said the rescue mission had “extended for more than twice what is estimated for a rescue.”

Hopes of finding survivors had already dimmed because experts say the crew only had enough oxygen to last up to 10 days if the sub remained intact under the sea. The navy also said that an explosion occurred near the time and place where the ARA San Juan sub went missing on Nov. 15.

More than a dozen countries are still searching for the submarine which went missing on the South Atlantic on a patrol.

The navy has said the vessel’s captain reported that water entered the snorkel and caused one of the submarine’s batteries to short circuit. The captain later communicated by satellite phone that the problem had been contained, the navy says.

Some hours later, an explosion was detected near where the San Juan was last heard from. A navy spokesperson said this week that the blast could have been triggered by a “concentration of hydrogen” caused by the battery problem reported by the captain.

The San Juan, a German-built diesel-electric TR-1700 class submarine, was commissioned in the 1980s and was most recently refitted in 2014.

Some family members have also denounced the age and condition of the vessel. President Mauricio Macri has promised a full investigation.