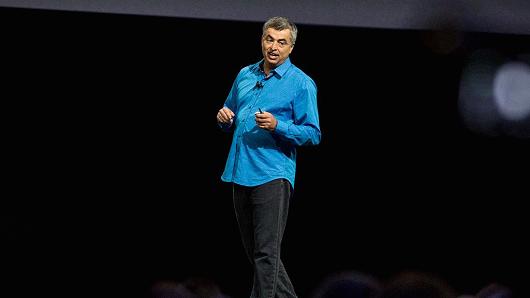 Eddy Cue, Apple senior vice president of internet software and services, at an Apple event at the Worldwide Developer’s Conference on June 13, 2016 in San Francisco, California.

Apple is not in the business of acquiring large companies, said Eddy Cue, senior vice president of software and services — and is thus unlikely to buy a big media company like Disney or Netflix.

“Both Netflix and Disney are great partners of ours,” Cue said at the South by Southwest Festival in Austin, Texas on Monday. “Generally the history of Apple — we have not made huge acquisitions. The reason why … it’s the old Gretzky quote: “Skate to where the puck is going, not where it is.”

Still, Cue did not definitively squash rumors of an Apple-Netflix tie-up. He applauded Netflix’s move to embrace over-the-top streaming as the next way to get media to the masses. People are going towards app-based ways to watch content, Cue said, noting he thought of Netflix as an app.

“We think there is a change going on in the marketplace,” Cue said.

Cue lauded Apple’s growth in the media space, saying it took two years to find the right executives for the jobs, and he admitted the company did not know “anything about making television.”

Apple does not feel the need to own huge franchises like its competitors, Cue said. He added the company is more interested in longer, traditional length TV shows and movies, noting YouTube already dominates the shorter content space.

“We are completely all-in, but there’s a difference,” Cue said. “We are not after quantity, but quality.”