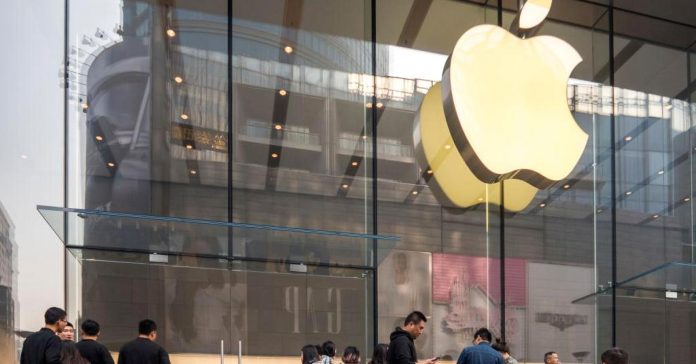 Beijing recently introduced laws requiring cloud services offered to citizens to be operated by Chinese companies, as well as have the data stored in the country.

This means that Chinese authorities will have easier access to data stored in the cloud, such as text messages and email, as they can use their own laws to force Apple to hand over iCloud data for Chinese users, according to legal experts.

This is posing a conundrum for U.S. technology companies operating in China — If they don’t accept demands to partner with Chinese companies and store data in China then they risk losing access to the lucrative Chinese market, despite fears about trade secret theft and the rights of Chinese customers.

Speaking to CNBC on “The Rundown,” Mewawalla said that Apple “pretty much had no choice” but to give in to the Chinese law, with 20 percent of Apple’s revenue coming from the Chinese market — that amounts to $18 billion in the last quarter alone.

The “tech trade war” started years ago, with the banning of Facebook, Twitter and Google in China, and with HUAWEI and ZTE getting blocked from providing equipment to telecom operators in the U.S., according to the researcher.

The London-based digital media company also said the situation is going to “get worse and worse.”

“With President Trump’s administration, they are taking a harder line on Chinese acquisitions of U.S. companies, especially semiconductor companies, on national security grounds,” Mewawalla said. “Similarly, this issue with Apple in China is a national security issue according to the Chinese government.”

The fundamental differences in attitudes towards the internet between Western economies and China will also lead to the “Splinternet,” which is a fragmentation of the internet across the world, he said.

According to Mewawalla, this is due to “geopolitics, privacy issues, cybercrimes, states wanting to protect their socio-economic makeup of the nation,” which would see different governments taking different positions on internet regulation.