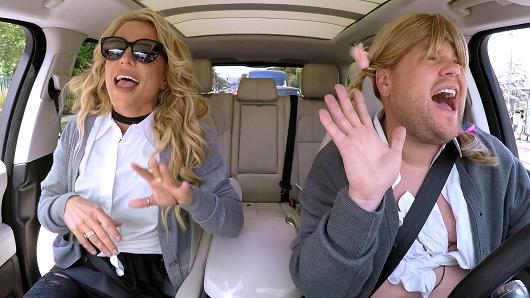 Audiences will be singing along with Apple’s show “Carpool Karaoke: The Series” starting Aug. 8.

Apple announced the launch date for the series on Tuesday. The spin-off show is based on the popular “The Late Late Show with James Corden” segment of the same name in which he drives around with celebrities as they sing along to popular songs and chat about their lives. The new series was originally slated to debut in April.

Apple Music purchased the first-window rights to the series from CBS Television Studios in July 2016 as a way to expand its original offerings. New episodes will debut on its streaming music service, which costs $9.99 a month or $14.99 a month for up to six family members. However, CBS still can license the concept for television.

The segment will still air on Corden’s talk show, while the Apple series will feature a rotating cast of singers and drivers. Upcoming guest groupings include John Legend, Alicia Keys and Taraji P. Henson; John Cena and Shaquille O’Neal; and “Game of Thrones” actresses Sophie Turner and Maisie Williams. Corden will be making a couple of appearances in the Apple series, including during episodes with Will Smith and LeBron James.