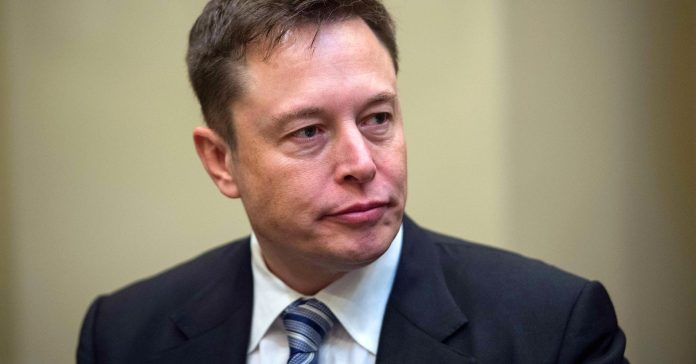 It appears even international analysts are poking fun at Tesla’s Elon Musk.

German bank Nord/LB initiated coverage on car-maker not only with a sell rating, but with quips making fun of the company’s top executive.

“You have to ask yourself what will happen first: that Elon Musk will fly to Mars with SpaceX, or that he will finally operate Tesla in the black,” joked analyst Frank Schwope on Tuesday, according to a translation of the note, which was written in German. “We consider it a big mistake that Tesla and Elon Musk do not concentrate on a few important things, but instead appear to do everything a little bit, but nothing all the way through.”

SpaceX — a private aerospace and space transport company — is also headed by Musk. That company has also been making headlines for its independent ventures into space as well as goals to colonize Mars.

But in the public sphere, one of the problems with Tesla may not be in its innovative character, but rather in its apparent inability to “drill down” on production, according to the analyst. Schwope set a $270 price target, implying 15 percent downside over the next 12 months.

Tesla has struggled to convince Wall Street the car company’s finances our sound while production bottlenecks and persistent deficits beleaguer Musk’s innovative goals. Echoing doubts of other Street analysts, Schwope argued that Tesla isn’t in a position to sell 500,000 cars in 2018 and is unlikely to operate profitably before 2020.

The company remains a popular target of short sellers, who bet that Tesla shares are destined to fall over the next few months. Though Tesla stock remains up nearly 50 percent year to date, shares have slipped more than 8 percent in the last three months. The company recently unveiled a semi truck as well as a sporty new roadster.

“Tesla stock is an extreme bet on the future,” continued Schwope. “The share development depends on the transformation of the company from a small premium manufacturer with five-digit sales figures to a mass manufacturer with figures in the six-digit or millions range. “

“We don’t see Tesla as a tough competitor of the established automakers, but rather as a trailblazer that will push long-established companies to boost their performance.”

The analyst noted that he views Tesla’s $50 billion market cap is overvalued.

— With reporting by Spencer Kimball