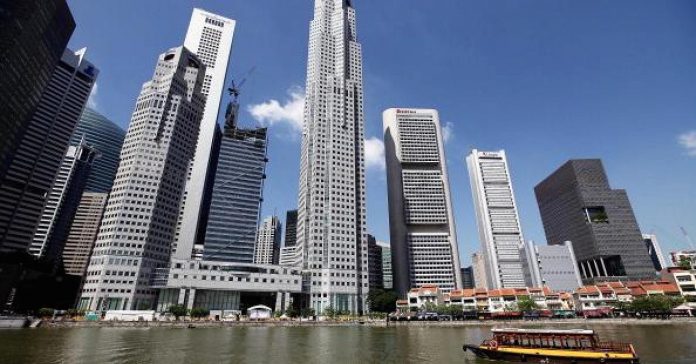 “Singapore is actually a high yield market. If you look at the general (equity) market, we’re more than 3 percent yield, between 3 and 3.5 percent — that’s very attractive for investors these days in a yield hungry market, when fixed incomes are yielding so low,” he said.

In a note earlier this week, the Singapore Exchange (SGX) said the STI’s dividend yield was 3.3 percent as of June 27, 2017. That was higher than the 2.8 percent average of Indonesia, Thailand and Malaysia, and the 2.5 percent average of Japan and Hong Kong markets.

That was a turnaround for an exchange that struggled with investor confidence and thin trading volume after a penny stock rout, a spate of delistings and few initial public offerings (IPO). SGX has stepped up to inject some much-needed vitality into the market, including pursuing the listings of tech companies and studying the possibility of dual-class shares.

Those efforts are paying off. This year, the exchange has seen nine new stock listings and is tipped by consultancy EY to lead the IPO pipeline for Southeast Asia in the second half of 2017.

The $2 billion listing of Singtel’s broadband subsidiary NetLink Trust next month, set to be the largest IPO this year, is among corporate actions on the SGX that could drive further market upside for Singapore, Credit Suisse wrote in a report earlier this month.

The bank estimated that close to 79 percent of MSCI Singapore could be involved in corporate activities such as asset divestment, listings of business units or consolidation of holdings. Its preferred stocks include Singtel, DBS, UOL and Sembcorp Marine.