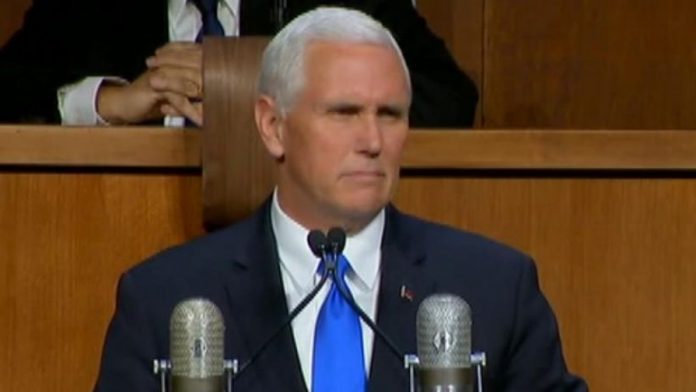 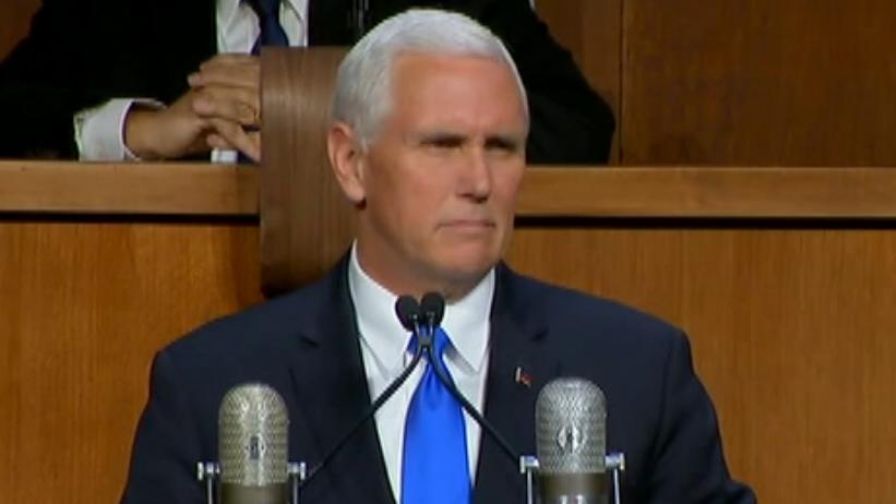 They sat in the same seats, in the same room, and heard the words praising Israel from the same podium from which the nation would be established 70 years ago.

“In this room they called for the creation of the Jewish State of Israel,” declared Vice President Mike Pence.

“I am deeply humbled to join you today to commemorate this vote and to celebrate the courage, the perseverance, and faith of the Jewish people that made it possible.”

The vice president, Treasury Secretary Stephen Mnuchin, ambassadors from 60 nations and the Israeli delegation gathered to commemorate the event in the room where the historic United Nations vote was held on November 29, 1947. Resolution 181 approved the partition of separate Arab and Jewish states, supervising the withdrawal of British forces from Palestine. The resolution passed by a vote of 33 to 13, with 10 abstentions and 1 nation absent.

The vice president used the commemoration to reaffirm the Trump’s administration strong support for the Jewish State.

“Under our administration, America will always stand with Israel,” he said to applause.

“Israel needed no resolution to exist, for Israel’s right to exist is self-evident and timeless. Nor did that resolution create the State of Israel. For Israel was born of the sweat and the sacrifice of the Jewish pioneers who risked everything to reclaim their beloved lands, with, in those well-remembered words, with a plow in one hand and a rifle in another. They turned the desert into a garden, scarcity into plenty, and an age-old dream into a reality. And their striving and their sacrifice laid the foundation for what took place in this hall 70 years ago.”

The site of the vote, in the New York City borough of Queens, temporarily housed the fledging United Nations General Assembly at the time. The building was originally constructed as the New York City Pavilion for the 1939 World’s Fair, and is now the home to the Queens Museum. But seven decades ago the imposing limestone edifice housed the newly created world body from 1946 to 1950. The U.N. then moved across the East River to its iconic glass and steel headquarters on First Avenue in Manhattan in 1952.

Today, the hall was recreated as it looked seven decades ago. The vice president and other speakers stood at the same beige wood podium, speaking into the same 1940s style microphones that announced the birth of the Jewish State.

“It was an ancient promise cherished by Americans since before our nation’s founding, and it was a promise the Jewish people clung to through all the ages, through a 2,000-year exile, the longest of any people, anywhere. And they were rewarded for their faith,” Pence said.

“The United States of America was proud to support Resolution 181. We were proud to be the first nation in the world to recognize Israel’s independence soon after. And we were proud to stand by Israel and the Jewish people ever since.” 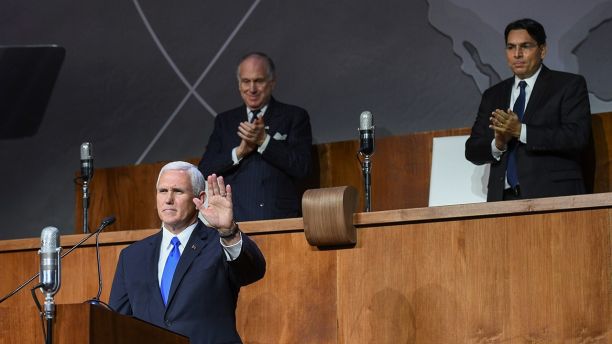 Vice President Mike Pence spoke at the United Nations to commemorate the vote 70 years ago toward the creation of Israel.

Israel’s Ambassador to the United Nations, Danny Danon, told Fox News that the day not only commemorated the historic vote, but also his nation’s progress since then.

“It’s also a celebration of what we have achieved in the last 70 years. We are proud of Israel that we see today, we are proud that the Vice President Pence is … with us,” he said, noting that both nations are working toward a lasting peace plan with the Palestinian Authority.

During his speech, Pence also focused on what he called “the menace of radical Islamic terror,” which has so sadly struck Israel, Europe, and most recently the United States.

“It does not matter what name it takes, Hezbollah, Hamas, al Qaeda, or any other, you can be assured that we will defeat the forces of terror, so they can no longer threaten our people, our allies, or our way of life,” Pence vowed.

He also called out Iran, describing it as “the leading state sponsor of terrorism.” He said the administration is working on changing the Iran nuclear deal and reiterated the promise from Trump, that the U.S. “will not allow Iran to develop a nuclear weapon.”

After Pence spoke, a film showing the original vote was shown in the hall. As the original roll call was held, the voice from decades ago again echoed in the cavernous hall as it did on that day in 1947, ending in the applause from delegates from so many years ago.

Pence also reminded those present that the threats the Jewish people faced back then continue to this day.

“History attests that enmity toward the Jewish people often turns from evil thought to evil action. And over the years, there has hardly been a day when the people of Israel have lived without war, or the fear of war, or the grim reality of terror. But no matter the challenges they face, or the slanders they endure, the Jewish people always persevere. For even in the darkness, the light of their faith, their strength, and their hope shines bright.”

Pence will embark on an official visit to Israel next month.