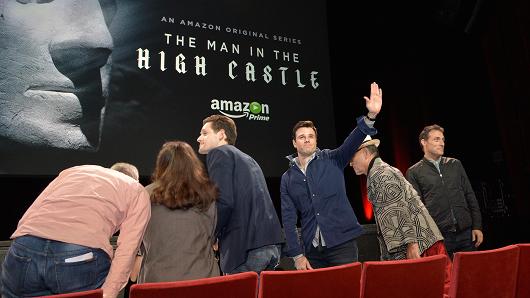 Amazon.com Inc’s top television shows drew more than 5 million people worldwide to its Prime shopping club by early 2017, according to company documents, revealing for the first time how the retailer’s bet on original video is paying off.

The documents also show that Amazon’s U.S. audience for all video programming on Prime, including films and TV shows it licenses from other companies, was about 26 million customers. Amazon has never released figures for its total audience.

The internal documents compare metrics that have never been reported for 19 shows exclusive to Amazon: their cost, their viewership and the number of people they helped lure to Prime. Known as Prime Originals, the shows account for as much as a quarter of what analysts estimate to be total Prime sign-ups from late 2014 to early 2017, the period covered by the documents.

Core to Amazon’s strategy is the use of video to convert viewers into shoppers. Fans access Amazon’s lineup by joining Prime, a club that includes two-day package delivery and other perks, for an annual fee.

The company declined to comment on the documents seen by Reuters. But Chief Executive Jeff Bezos has been upfront about the company’s use of entertainment to drive merchandise sales. The world’s biggest online retailer launched Amazon Studios in 2010 to develop original programs that have since grabbed awards and Hollywood buzz.

“When we win a Golden Globe, it helps us sell more shoes,” Bezos said at a 2016 technology conference near Los Angeles. He said film and TV customers renew their subscriptions “at higher rates, and they convert from free trials at higher rates” than members who do not stream videos on Prime.

Video has grown to be one of Amazon’s biggest expenditures at $5 billion per year for original and licensed content, two people familiar with the matter said. The company has never disclosed how many subscribers it won as a result, making it hard for investors to evaluate its programming decisions.

The internal documents show what Amazon considers to be the financial logic of its strategy, and why the company is now making more commercial projects in addition to high-brow shows aimed at winning awards, the people said.

For example, the first season of the popular drama “The Man in the High Castle,” an alternate history depicting Germany as the victor of World War Two, had 8 million U.S. viewers as of early 2017, according to the documents. The program cost $72 million in production and marketing and attracted 1.15 million new subscribers worldwide based on Amazon’s accounting, the documents showed.

Amazon calculated that the show drew new Prime members at an average cost of $63 per subscriber.

That is far less than the $99 that subscribers pay in the United States for Prime; the company charges similar fees abroad. Prime members also buy more goods from Amazon than non-members, Bezos has said, further boosting profit.